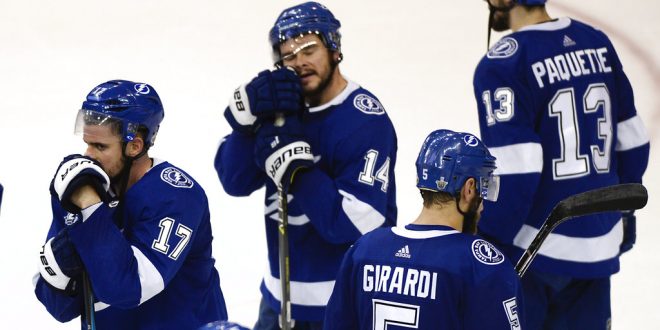 In what can only be described as a Cinderella story, the Tampa Bay Lightning are now on the outside looking in. The Washington Capitals would put the nail on the coffin on their season after a 4-0 victory in Tampa Bay.

After the series, there was nothing but respect shown to their opposition.

Congratulations on an amazing season, @TBLightning. Pushed us to the brink. See you next year. #ALLCAPS pic.twitter.com/ZpRNCPeK4Z

Ovechkin would strike first on the board, scoring in the first 1:02 of the game. He saw this as the most important goal of his career, since he would never advance past the second round. The goal was followed by a goal in the second period from Andre Burakovsky, followed by another goal just under eight minutes later.

The domination would continue when Nicklas Backstrom would share the wealth, sealing the game with a fourth goal. The Capitals’ one-sided scoring output would punch their ticket to a showdown against the upstart team looking to prove a lot to the world: the Vegas Golden Knights.

While the Capitals are celebrating, Tampa Bay is looking back at everything that went wrong for them in the series. With many things that may have not worked out in their favor, 2018 is going down as the year of the Bolts.

The Tampa Bay Lightning will not hang their heads in shame as they look back on this season. Getting 113 playoff points in the standings this season, they would lead the East in playoff points. Also cashing in on a 54-23 record, they hold the best record in the NHL for the season.

2018 is also a season that the fans and Tampa Bay community will forever be grateful for.

Statistically, the Tampa Bay Lightning were on fire. Nikita Kucherov would absolutely dominate the season stat-line for the Lightning. He led the team in points (17), goals (7) and assists (10). Following Kucherov is the franchise player Steven Stamkos, tacking on another seven goals on the season, with nine assists and 16 points.

It was a wild ride this year, and you were with us every single step of the way. Passionate. Loud. Loyal. Wearing our ⚡️ with pride.

To all of #Bolts Nation, wherever you are… pic.twitter.com/8jbX8efmas

Tampa Bay is ending an unlikely season. With the Stanley Cup so close, yet slipping from their fingers, they are hungry to do it next year. Will the Lightning be able to make it all the way? Stay tuned to ESPN 98.1 FM – 850 AM WRUF as the Stanley Cup Finals begin, and for the latest on the Tampa Bay Lightning.