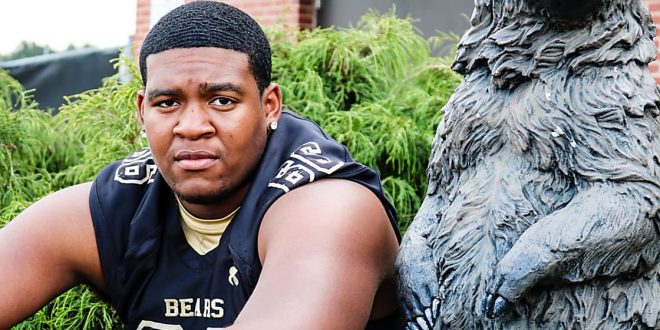 Defensive tackle Jaelin Humphries has committed to Florida less than 24 hours after his first official visit.

The Road to Florida

The Gators first extended an offer to the 6-foot-5, 305-pound lineman back in February. Since then, defensive coordinator Todd Grantham and defensive line coach Sal Sunseri have continued to build a strong relationship with Humphries.

This past weekend was just Humphries’ second time visiting Florida, but he evidently liked what he saw. Humphries committed in Mullen’s office on Sunday after a meeting with Grantham and Sunseri.

“It made a big impression on me for sure,” Humphries said. “They moved up some after the visit. It’s just the coaching staff, and I like them and the relationship I have with them.”

Humphries has versatility that the Gator coaching staff really likes. He is listed as a defensive tackle but has the ability to play multiple positions.

“The big thing with their defense they talk about is how I can move between defensive end and defensive tackle,” Humphries said. “I play a lot of end or tackle now for my high school depending on the offense or set up of a line.”

According to the 247Sports Composite Rankings, Humphries is listed as the No. 13 defensive tackle in the country and No. 201 overall recruit. His listing elevates the overall status of Florida’s recruiting class. The Gators now have the No. 23 recruiting class in the nation for the 2019 recruiting cycle.

Before choosing Florida, Humphries had narrowed down his options to Alabama, Auburn, Georgia, LSU, Miami, Mississippi State, Nebraska, South Carolina, and Tennessee, along with UF. He had also taken visits to Auburn, Georgia, Tennessee, and LSU in the last several months.

Previous MLB Draft: Gator Players and Commits Selected On Day One
Next Schwarz and Liput Selected on Day Two of MLB Draft