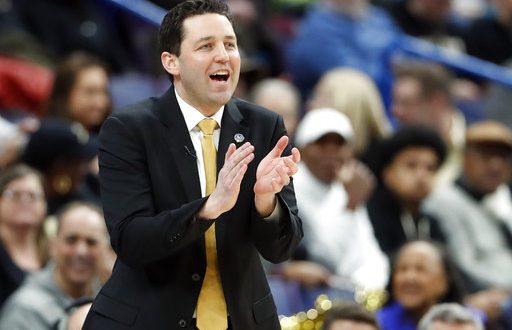 Vanderbilt head coach Bryce Drew is seen on the sidelines during the first half in an NCAA college basketball game against Georgia at the Southeastern Conference tournament Wednesday, March 7, 2018, in St. Louis. (AP Photo/Jeff Roberson)

As the summer winds down and the fall school year starts next month,  many 2018 freshman college recruits are settling into their new homes for the next 4 years.

Vanderbilt basketball is a very well known program throughout the SEC for many seasons but had a bit of a struggle this past season. They fell short of the postseason, earning the 13th seed behind the last team Ole Miss in the SEC. So this season head coach Bryce Drew is on the hunt to rebuild his program.

Bryce Drew, who has only been the head coach of Vanderbilt for two years since taking the job in 2016, is taking on the role of trying to bring back  “Memorial Magic” to the program.

During the season, he was recruiting heavily for the program, bringing in three freshmen that are very talented and determined to win: Darius Garland, Simisola Shittu, and Arron Nesmith. Simisola Shitti, who is recovering from an ACL injury and has not participated in anything, looks to be cleared to play this upcoming season.

Darius Garland is a 5-star recruit who has been heavily recruited by Vanderbilt and head coach Bryce long before this past year.

Garland is a local kid who attended Brentwood Academy. Drew had a very special bond with Darius and his family which made the decision easy for him to attend the university.

DG the PG is on this week's Commodore Insider podcast! Take a listen | #AnchorDown https://t.co/Q8yG1mz0un 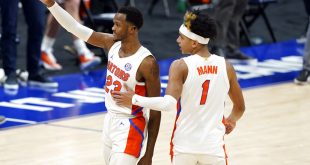 The Florida Gators and Tennessee Volunteers split the regular season series. The Gators will look …