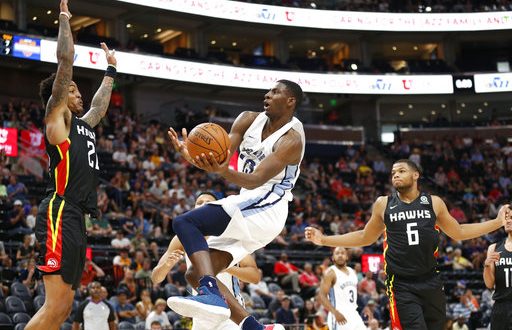 The NBA Summer League is in full swing. After a wild weekend in Las Vegas, only four teams remain. Let’s recap all the action over the weekend, starting with the Florida teams.

The Orlando Magic lost in the first round of the Summer League playoffs at the hands of the Oklahoma City Thunder, 87 to 85. Although he didn’t start, shooting guard Rodney Purvis pumped in 20 points. But it was an inefficient 6-for-16 shooting line.

The starting shooting guard dropped 17, but it too was inefficient at 6-for-15. Power forward Jacobi Boykins played efficiently though, going 5-for-8 with 13 points in 13 minutes. He also went 3-for-4 from three.

The Magic had a chance to send it to overtime, but OKC guard Deonte Burton hit a buzzer-beating floater to break the tie. Burton led the Thunder with 17 points on 6-for-10 shooting.

That's a wrap from #NBASummerLeague. ☀️@Gpurvooo had a game-high 20 points in the finale, but the Magic fall at the buzzer. pic.twitter.com/c6ao65D4qk

The Miami Heat also got bounced in the first round of the playoffs. The South Beach soldiers mounted a furious comeback in the fourth quarter, but came up just short to the Boston Celtics 74-72. Point guard Derrick Walton Jr. led the Heat with 15 points to go along with six assists.

Forward Yante Maten scored 11 points on 5-for-8 shooting and pulled down four rebounds. After the game, Maten was offered a two-way contract from Miami. Small forward Guerschon Yabusele paced the Celtics with 12 points and 10 rebounds.

The Miami HEAT Summer League team fell just short today with the game coming down to the last shot in Vegas.

See the highlights from the Round 2 matchup with Boston. pic.twitter.com/MPzLbNYHXX

Add Las Vegas to the number of places that the Cleveland Cavaliers defeat the Toronto Raptors. After getting bounced in the NBA Playoffs by the Cavs, the Raptors lost in the Vegas playoffs by a score of 82-68. Shooting guard John Holland totaled 23 points and point guard Collin Sexton notched 18 to go along with six assists. Now, Cleveland plays Los Angeles Monday night in the semifinals.

After dispatching the Miami Heat, the Boston Celtics are out with a loss to the Portland Trail Blazers. Blazers shooting guard John Jenkins tallied 25 points on 9-of-12 shooting to lead the team. Point guard Wade Baldwin IV rallied up a double-double with 14 points and ten assists.

The @trailblazers move onto the #NBASummer semifinals after their 95-80 win over the @celtics! pic.twitter.com/8LhlgIwQGY