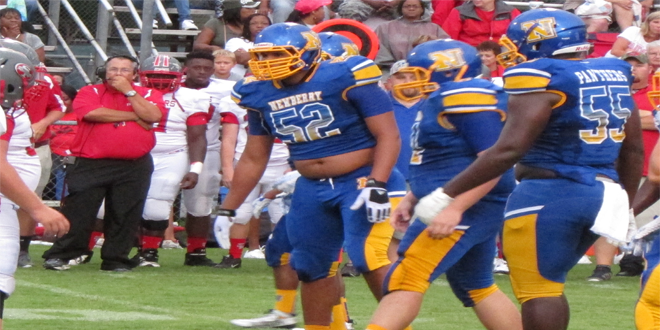 One of the trends that Vester noticed after reviewing the tapes from last season was his team’s tendency to commit errors, which led to defeat. He felt that his team competed well for a good portion of the games, but ultimately fell short due to one or two key mistakes.

Vester has been overjoyed with the participation and commitment from his guys over the summer. He says that he hasn’t seen as much participation during a summer than he has during this break.

Newberry have a large number of underclassmen that Vester plans on recruiting to fill in for his team. His last two graduating classes have had a significant impact on his team’s depth, which his team struggled with last season. However, with the younger guys coming in, Vester hopes to deal with that problem.

Football season is here! First day of practice for @NewberryHSFB this morning! Looking forward to a great season #PanthersUn18ed

Expectations for this Season

Vester’s team faced an early setback with the transfer of his planned starter at the quarterback position. Currently, he has a running back taking charge of the position. However, Vester is confident that he is the right player for the job and will benefit from the Panthers system.

Additionally, the Panthers have a tough schedule ahead of them, so their newly transformed quarterback will be tested.

Last season, Newberry faced several playoff teams. As a result, the group is prepared to play against tough teams for the upcoming season.

Although Vester has a lot of youth in his team this year, he knows that it will pay off for the seasons to come.