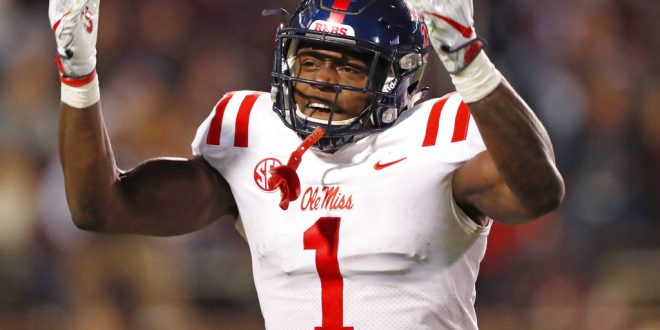 The Ole Miss Rebels and Texas Tech Red Raiders are both looking for fresh starts this season after only winning 6 games apiece in 2017. While each of these squads dealt with numerous key departures this offseason, both have much to look forward to in 2018.

Even with Shea Patterson’s unexpected departure to Michigan, Ole Miss has arguably the best receiving core in the country with A.J. Brown, DK Metcalf, and DeMarkus Lodge. This trio combined for over 2,500 yards last season and are all considered matchup nightmares with elite size and athleticism. Quarterback Jordan Ta’amu played extremely well and showcased his duel-threat abilities after Patterson’s injury halfway through last season.

The only question mark is their running game, with leading rusher Jordan Wilkins leaving for the NFL. Junior Eric Sweeney will take over lead back duties. With an offensive line that contains five upperclassmen, Sweeney should have ample opportunities to exploit open rushing lanes. However, the success of the offense undeniably lies on the growth of Ta’amu. If he can take the next leap as a play-caller, the Rebels should have no issue being a top 20 offense in the nation.

Texas Tech also faced a lot of departures from last season. This list includes starting QB Nic Shimonek, leading rusher Justin Stockton and leading receiver KeKe Coutee. However, the Red Raiders are not left empty handed. Tre King should have a breakout year after rushing for over 600 yards in 2017. T.J. Vasher is a major matchup problem because of his 6’6”, 200 pound frame.

While head coach Kliff Kingsbury has yet to name his starting quarterback, it’s seeming more and more likely that McLane Carter will be under center for week one. The junior is the only QB on the roster with collegiate experience, and has the athleticism, confidence and toughness to lead the offense.

While many expect both of these teams to have lackluster defenses like they have in the past, they could each boast impressive defensive units.

The Ole Miss defense should also be above average this season. Benito Jones and Josiah Coatney are arguably the best defensive tackle duo in the SEC, and they have good talent in their secondary. The Rebels main concern should be their linebacker core after the departure of Demarquis Gates.

He also mentioned the Rebels defensive depth and what that unit will bring to the table each week.

The game will be played at NRG Stadium on September 1st in Houston, Texas at 12:00 p.m.