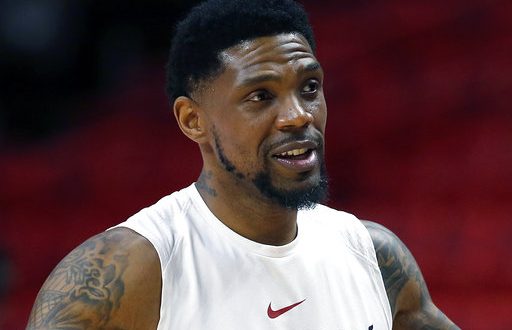 Haslem is returning to the Heat for his 16th-straight season. He signed with Miami in 2003 as an undrafted free agent after attending the University of Florida. Haslem played significant roles for the Heat on all three of their championship teams. However, his role on the court has diminished over the past few seasons. He played in 14 games last season, averaging just over five minutes per game.

Though Haslem has ended the last few seasons with some career-low stats, the Heat have continued to value his use off the court. He is a leader for the team and has a big impact in the locker room. Even with the low success on the court, Haslem will continue to be a team captain for Miami.

Our Leader is signed on for Season 16.#OG40 | #HEATCulture pic.twitter.com/1eJFaBalJY

With Haslem resigned, the Heat are still waiting to see if one of their top franchise players, Dwayne Wade, will return. Wade congratulated Haslem on Twitter Monday.

Congrts to my brother @ThisIsUD on season number 16 coming up! You are thee most selfless person I’ve ever met!

Born and raised at the ballpark! Typically quiet- until it comes to sports. I'm a South Florida native with a passion for baseball nearly as strong as my faith. Grew up in garnet + gold, turned out sporting orange + blue. Likely to be found with a camera. And yes, I take food pictures.
@victoriarossman
Previous Florida Volleyball Travels to FSU For Annual In-State Rivalry Game
Next Several College Football Games Canceled in Anticipation of Hurricane Florence