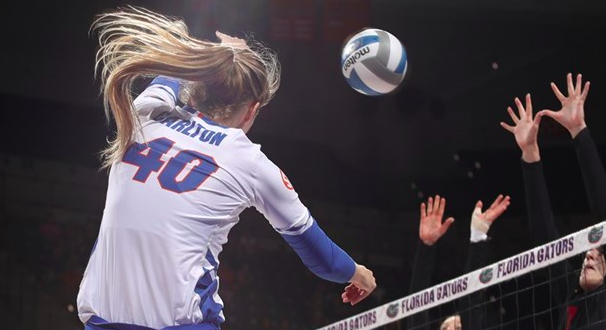 The No. 11 Florida Gators are coming into the Sunshine Showdown after taking two out of three matches in the Lumberjack Invitational.

In 2017, Florida defeated the Seminoles 3-0 at home. Rachael Kramer was the star of the night as she had 10 kills with five blocks. Paige Hammons also contributed in a big way with eight kills and three blocks.

History Sides With The Gators

Wednesday’s match will be the 61st meeting between UF and FSU.

Florida leads the all-time series 40-20. Gators Head Coach Mary Wise has dominated the Seminoles over her time at UF as the Gators have won 33 their last 39 matches against their rival. Florida has dominated at home as well as they are 24-6 all-time on the home court. Road matchups against the ‘Noles in Tallahassee have been much trickier as they 13-9 all-time.

When Florida does win, they usually do it in three sets. The Gators have won in three sets 22 times, including their three-set victory last season.

Wise said that the game in Tallahassee will be a big test for the team. Wise believes that the road game environment against an in-state rival will prepare the team for SEC conference play.

Wise continued to stress that the only thing that she cares about at this point is for her team to keep getting better.

“There are so many positives to celebrate but we do realize that we are a work in progress,” Wise said. “The theme of this year is growth, it’s a matter of we can continue to grow, not get caught up in the record or the scoreboard but as long as we are a better version of ourselves.”

Freshman sensation Thayer Hall has met the expectations that come with being the No. 1 recruit in the nation.

Hall currently leads all SEC Freshman in both kills (3.73) and points (4.11) per set. Rachael Kramer currently sits fifth in the SEC in blocks per set (4.11).