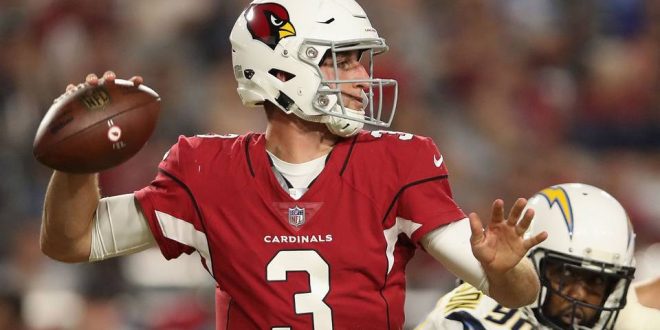 Arizona Cardinals rookie quarterback Josh Rosen has earned himself the starting job. Head coach Steve Wilks announced Monday that the 10th overall pick in the 2018 draft would start in place of Sam Bradford.

Rosen had his first snaps of the season on Sunday afternoon against the Chicago Bears, where he was thrown into the fourth quarter after Bradford had turned the ball over for the third time. Despite having his best game of the season so far, Bradford hasn’t been able win as the starter for the Cardinals. They’re now 0-3 after Sunday’s 16-14 loss.

Rosen’s entrance against the Bears led to an interception and 4 of 7 completed passes. Rosen was tasked with leading the team to a game-winning field goal with 4 minutes and 31 seconds left. Instead, he was intercepted. Even with the loss, Wilks felt secure in the quarterback shift.

“Josh plays with a lot of confidence, I think he gives us the opportunity to be able to be successful. When you look at the situation, when he went into the game, I didn’t have a problem putting him in at that time, because, again, I know he’s very confident in what he’s doing.”

The opportunity allowed the rookie a sneak peak at what to expect this Sunday against the Seattle Seahawks at home.

The future of Sam Bradford and the Cardinals

Bradford’s best effort of the season was in Sunday’s loss against the Cardinals. The veteran quarterback put up two touchdowns and completed 13 of 19 passes.

“Sam Bradford is a pro,” Wilks said. “He’s going to do everything to help Josh, as he was before.”

Wilks has not announced who will backup Rosen this upcoming Sunday. The choice would be between Bradford or Mike Glennon.

Previous MNF: Fitz”Magic” Runs Out as Steelers Steal Their First Win
Next David Reese: “It felt good to be back.”