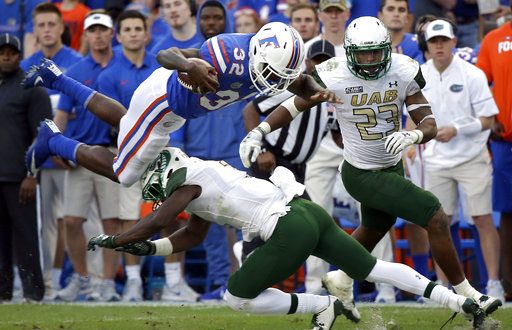 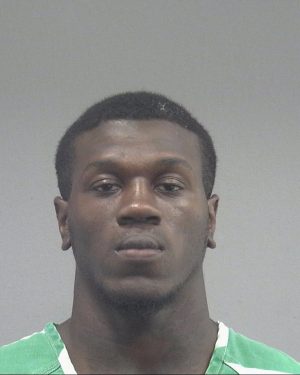 Less than three weeks after leaving the program, former Gators running back Adarius Lemons has been arrested.

According to a Gainesville Police Department report, he’s facing a felony charge for domestic battery by strangulation. He is also being charged with battery and criminal mischief of over $200 but less than $1,000.

Lemons allegedly slammed the victim into a wall and strangled her. The report states the dispute began when Lemons became upset about a social media message and threw the victim’s iPhone on the ground, causing it to become inoperable. She was then slammed into a wall and a bed, where her toenail ripped off and began to bleed after her foot hit a railing.

After this, Lemons allegedly placed his hands around her neck, cutting off her ability to breathe.

As a result of the altercation, the report states the victim suffered a cut lip, bloodied toe, a scratch on her forearm, a cut on her pinky, and redness on her elbow.

During the incident, two witnesses were reportedly taking showers in the apartment when the incident happened. One witness claimed to have seen Lemons push the victim against the wall. He then squeezed her neck to the point where she was on the tips of her toes. The other witness claims to have also seen Lemons choking her while she was against a wall. Her attempt to separate the two was unsuccessful.

Lemons and the victim have reportedly been in a romantic relationship for seven to eight years. He is currently being held in the Alachua County Jail on $65,000 bond.

Following the Kentucky game earlier this season, Lemons announced on Twitter that he would be leaving Florida’s program and transferring to another school but would be finishing the semester out first. Head coach Dan Mullen confirmed his transfer two days later.

He was also suspended for the season opener against Charleston Southern for failing “to live up to the Gator standard.”