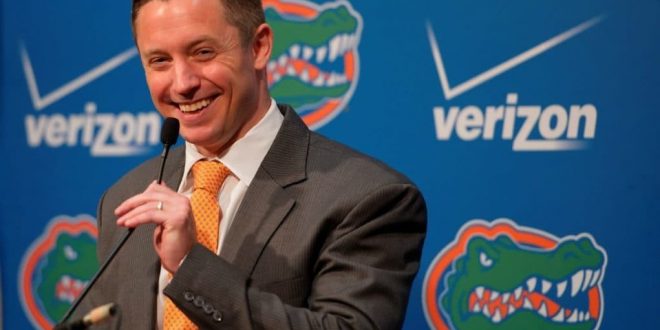 Furthermore, The list included Florida State, UCF, Ohio State, Clemson, Auburn, Georgia, Tulane, USC, Texas, Louisville, and LSU. His only official visits were in-state with Florida and Florida State and had scheduled trips to LSU and Ohio State in the near future, but head coach Mike White and staff sealed the deal beforehand.

Standing at 6-foot-9, 215 pounds and with a 7-foot-5 wingspan, Payne is an elite shot blocker with extreme rebounding capabilities. Plus, Payne is No. 35 in ESPN’s 100 list and is 10th best center of the class. Plus, he’ll play with a similar face as freshman Andrew Nembhard also came from Montverde Academy. Nembhard is arguably one of the best passers in the 2018 class.

@Ogomarpayne dominating both sides of the court at Adidas Finale….. blocking shots and dunking everything!!!!! @TeamParsonsCP25 pic.twitter.com/T61RTGTh1T

Payne is known to have high energy and versatility inside the paint. He has a lot of potential to improve his offense along the post and he seems to understand why the Gators need him, especially now that senior Kevarrius Hayes is set to graduate after this season.

“They say I can be a good versatile big man and that I can play the four and the five, they’re showing a high interest in me and I can see that, from what they have, I could go in and play if I put in work. And they showed me that they can improve me.” – from Rivals-GatorsTerritory.com

Furthermore, Florida has secured two top 100 ESPN prospects, Payne and four-star Tre Mann, who’s number 30 and one of the top point guards in the class. Plus, lethal shooter and two-way guard Alex Klatsky has also committed and will most likely be a walk-on for the Gators.

This commitment by Payne has sparked potential commitment assumptions with five-star small forward Scottie Lewis and five-star power forward CJ Walker. No. 13 Lewis has officially visited Florida back in early September and has yet to announce any decision. Lewis has other offers that include Duke, Harvard, St. John’s, Stanford and Villanova.

Moreover, No. 19 Walker is arguably one of the biggest break out stars of the summer and has yet to visit any school, but Florida has maintained contact with him and yet to receive word so far. He also has offers from Miami, LSU, Oregon and Arizona.

Finally, there were a bunch of college decisions this Monday, they include: