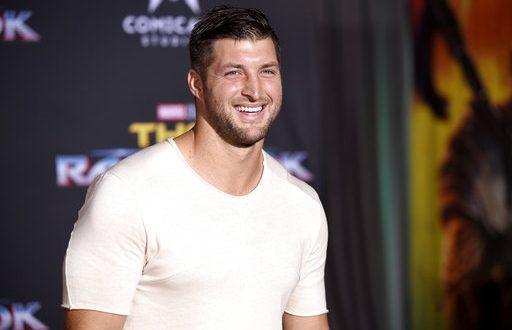 Tim Tebow to be Inducted in the Ring of Honor

Tebow has been a Florida Gator pretty much his whole life. His entire family went to UF and he grew up believing that it would be where he eventually ended up.

Tebow says although the induction will be meaningful to him, it will be even more special when he can one day bring his family back to the stadium.

“You know, it is really special, and for me, it’s not just special on Saturday,” Tebow said. “It’s really gonna be special when I get the opportunity one day to bring my kids back to Florida and grandkids hopefully one day.”

The 2008 Florida national championship is widely regarded as the best UF football team ever assembled. Names like Major Wright, Brandon Spikes, Joe Haden, Jeff Demps, Carlos Dunlap and the Pouncey twins are just a few that leap off the page. Finally, much of the team is back together for the first time in a decade.

The Gators’ upcoming matchup against LSU is easily the most important they’ve had since 2015 when the team took down Ole Miss 38-10. During that contest, Will Grier was still the quarterback. Now, with QB Feleipe Franks at the helm, Dan Mullen has a new challenge to overcome.

Florida will have its hands full this week against No. 5 LSU and QB Joe Burrow though. Burrow, a transfer from Ohio State, lost out on the starting job to Heisman hopeful Dwayne Haskins. Some might have thought that because he lost the starting job at OSU that he would be ineffective at LSU, but Tebow says that isn’t exactly the case.

Last year, the Gators lost a 17-16 heartbreaker to the Tigers.

Chris O'Brien is a rising sophomore at the University of Florida. He aspires to be an on-air sports anchor someday.
Previous Undefeated Alabama Crimson Tide Face SEC Foe Arkansas
Next Franks Continues To Learn, Grow With Experience