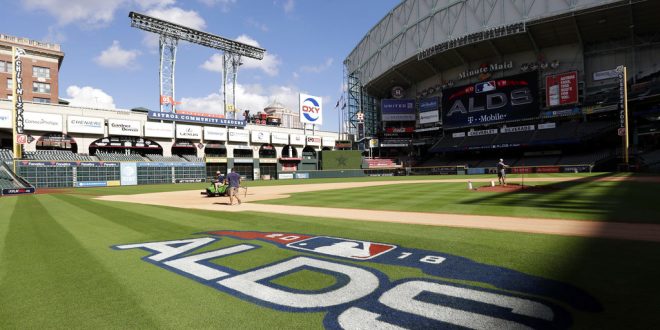 The Cleveland Indians and the Houston Astros will open up Game 1 of the 2018 American League Division Series today in Minute Maid Park. This is the first time these two teams will meet in the playoffs.

The World Series Champs are back-to-back AL West champs. They clinched their title in a series against the Oakland A’s.

Will the Astros pull a New York Yankees and become World Series champs two years in a row?

#NeverSettle is a hashtag that has recently been trending with the team. In September, the Astros went 21-6 with a 0.777 winning percentage. This ranked as the best month for the Astros in franchise history.

Justin Verlander will be the starting pitcher for the Astros for the remainder of the postseason. In 2018 season, Verlander went 16-9 for his team, had 290 strikeouts and was awarded 2018 AL Strike Out Leader.

The Indians haven’t won a World Series since 1948. However, the Indians have clinched their spot in the playoffs for the third straight year. They were the first team to take home a division title this year after a win against the Detroit Tigers. Will this be their year?

Pitcher Corey Kluber will start Game 1 of the ALDS. He won 20 games for the Indians this season and is a three time all-star. #KluberDay is a hashtag that has been recently gained a lot of traction on the Indians twitter. Kluber has potential to be the Astros kryptonite.

The best-of-five series continues for…

Previous 10 Years from a Championship: Ahmad Black Looks Back
Next Gator Volleyball Plays Host to Aggies 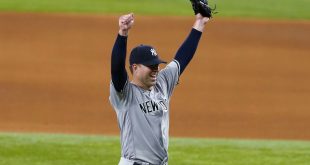 In his first season with the New York Yankees, pitcher Corey Kluber threw the 6th …