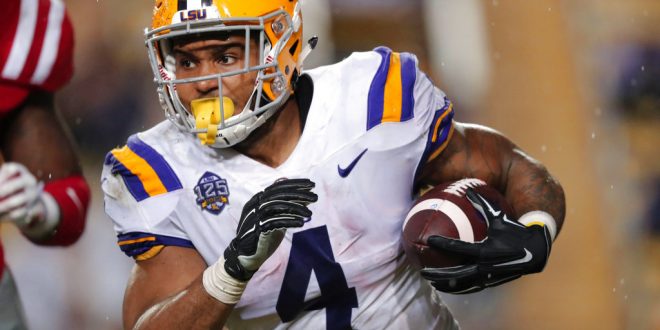 The LSU Tigers are fresh off a 36-16 win in which they dominated the then- No. 2 Georgia Bulldogs at home. Without much time to recharge from a three-week stretch that saw them face three conference rivals in Ole Miss, Florida and Georgia, LSU will need that same energy it showed last week when it hosts Mississippi State Saturday at 6 p.m. on ESPN.

Now ranked fifth after their most recent win, the Tigers will face a Mississippi State team that has had the past week to rest and prepare for the conference matchup.

Bulldog’s quarterback Nick Fitzgerald is a veteran that knows how to make it tough on opposing defenses not only with his arm strength but with his ability to run the ball. However, he’s had his share of struggles through the air. He’s completing only 49.6 percent of his passes. He hasn’t thrown a touchdown pass since Week 3 against the Louisiana Ragin’ Cajuns and has almost as many interceptions (3) as passing touchdowns (4) this year.

With its struggles in the passing game, Mississippi has focused on the ground attack. It will need to establish a run game early to have success against the Tigers’ run defense. Fitzgerald is the Bulldogs’ leading rusher and ranks fifth in the SEC with 513 yards on the season. He also has seven touchdowns on the ground. But the Bulldogs have found a way to open up space for running back Kylin Hill as well. The sophomore from Columbus, Mississippi, has racked up 474 yards on the season averaging 7 yards-per-carry.

The Tigers will bring a few offensive weapons of their own into Saturday’s contest. LSU has three players ranked in the top 30 in the SEC in rushing in running backs Nick Brossette (fourth) and Clyde Edwards-Helaire (eighth) and quarterback Joe Burrow (28th).

LSU went with the up-tempo offense to wear down the Georgia defense last week and could stick with it to have success against a physical Bulldogs defensive front.

Despite its offensive inefficiencies, Mississippi State has been anchored by a defense that’s surrendering just 12.7 points per game.  The MSU D-line, in particular, will prove to be a tough challenge for LSU’s offensive line.

The Bulldogs have a guy in defensive end Montez Seat who has been efficient and quick off the edge. And they have defensive tackle Jeffrey Simmons who has been equally as hard to contain on the interior. They’ve tortured opposing offenses all season and should show no signs of slowing down on Saturday in Tiger Stadium.

Bulldogs coach Joe Moorhead knows the challenge that Tiger Stadium presents in addition to facing a talented Tigers team. But he says his team is refreshed and ready after its week off.

The Last Time They Met

MSU ran all over the Tigers when the teams met last season.  The Bulldogs racked up 285 yards on the ground on their way to a 37-7 stomping of LSU in Starkville.

Fitzgerald had 180 passing yards in addition to 88 rushing yards. And the MSU defense held the Tigers to just 270 yards of total offense.

Tigers coach Ed Orgeron knows his team did not play well in that game last year, and he understands the Tigers will have to match the physicality and passion that he expects the Bulldogs to bring from the opening kickoff.