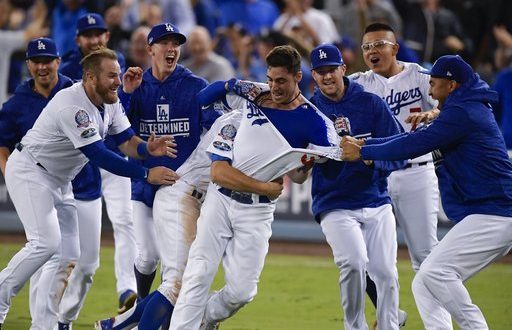 Will the Dodgers be able to close out the Brewers and punch their ticket to the World Series? Find out tonight in Game 6 of the National League Championship Series.

Brewers Still Have a Chance

Hoping to save their season, the Milwaukee Brewers are heading back to Miller Park to play what could be the final game of their season against the Los Angeles Dodgers. LHP Wade Miley will start for the Brewers, after being pulled off the mound after one batter during Game 5, being replaced by RHP Brandon Woodruff.

The Brewers lost 5-2 in Game 5, their second loss in a row to L.A. Although the teams’ stats were fairly similar coming into the series, Brewers’ key players Christian Yelich and Lorenzo Cain have been very quiet so far, despite being dominant in the Brewers’ advancement to the second round.

Dodgers Try to Close Out the Series

The Dodgers only need one more win to lock themselves in for a back-to-back trip to the World Series. They have held off the Brewers in the past two games, 5-2 on Oct. 17 and 2-1 on Oct. 16, in a 13-inning game. LHP Hyun-Jin Ryu will start for the Dodgers, hoping to repeat his performance in Game 1 of the NLDS, where he pitched seven shutout innings.

L.A. has been able to capitalize on the Brewer’s lacking offense. They are 10-for-43 with runners in the scoring position for the series, topping the Brewers, who are 5-for-35. If the Dodgers can produce home runs like they were during the regular season (lead the league), they should be able to close out the series tonight. If not, both teams will have a lot riding on the final game of the series, set for Saturday, Oct. 19.

See who will potentially face the Red Sox in the World Series tonight during Game 6 of the NCLS on Oct.19 at 8:39pm ET. The game will be on FS1.