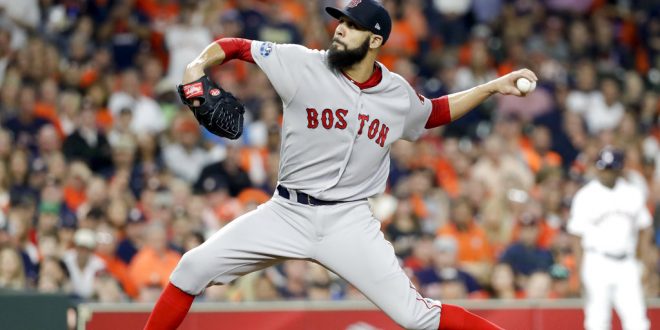 Red Sox to the World Series: “It’s Not Over”

The defending World Series champion Houston Astros are out! The Boston Red Sox took home the American League pennant last night in the ALCS against the Astros.  The Red Sox will move on to the biggest series in major league baseball, The World Series. A perfect birthday gift for manager Alex Cora.

But “its not over,” Cora said. They still have another series to win. “It’s a great group, very talented, very humble, very hungry,” Cora said.

David Price stole the show last night for Game 5 of the ALCS. This was Price’s first post season win. Price has made an appearance in 11 postseason starts and finally broke his streak.

Of the 93 pitches he threw, 63 of them were strikes last night. His performance truly shocked the crowd. Price was up against Astros pitcher Justin Verlander.

“They know my strengths, they know my weaknesses..,” Verlander said. And the Sox definitely knew his weaknesses. Verlander allowed four runs on seven hits in six innings. \

That’s compared to a stellar performance by Price who pitched six scoreless innings. He relied on his changeup that ends up right below the knees when he is on point.

The game kept you fans on edge for a while. J.D. Martinez set the tone in the third inning with a solo home run to open the game’s scoring. Then, Rafael Devers hit a 3-run homer to give Price some leeway. And that’s all they needed to clinch this ticket to the top.

The Los Angeles Dodgers have a 3-2 lead in the NLCS as they head into Game 6 tonight against the Milwaukee Brewers. Stay tuned to see whether the Red Sox will face the Dodgers or the Brewers in Fenway Park of Game 1 of the World Series.

“Having the chance to go to the World Series this year, man, its definitely worth it and I can’t wait,” said Red Sox pitcher Craig Kimbrel.

Previous Jacksonville Jaguars Try To Get Back On Track Against The Texans
Next NHL Preview: Lightning take on the Wild