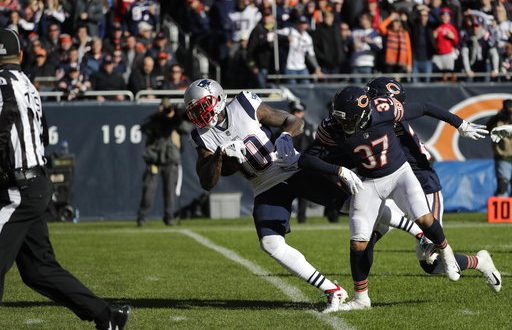 :The New England Patriots (5-2) travel to New Era Field to take on the Buffalo Bills (2-5) for a Monday Night Football matchup. Kick off is set for 8:15 p.m.

The Patriots go into the game as the favorite to win and with Julian Edelman now back in the weekly lineup they have good reason to be.

The Patriots have won four in a row since falling to Detroit back in September, newbie Josh Gordon has gotten used to Belichick’s offense and Brady’s favorite target, Julian Edelman, has shaken all the rust off since coming back from suspension.

Tom Brady is 28-3 against the Bills in his career. This is the most wins versus any opponent since the merger in 1970.

In addition, the Patriots are averaging 30.6 PPG this season, which is the 4th most by any team this so far this season.

This looks to be an ideal matchup for Brady and company as the Bills are allowing 320.9 YPG, fourth-most in the NFL.

For the Bills, it’s not about stopping Tom Brady, it’s about limiting him. If the Bills can manage to keep the pressure on Brady during the entire game and limit big-time throws, they will have a better opportunity to win.

For the Patriots, just keep doing what you’re doing. Since falling to the Lions last month, the Patriots have been firing on all cylinders.

The Bills will host Chicago for their second straight home game.

The Pats host Aaron Rodgers and the Packers.