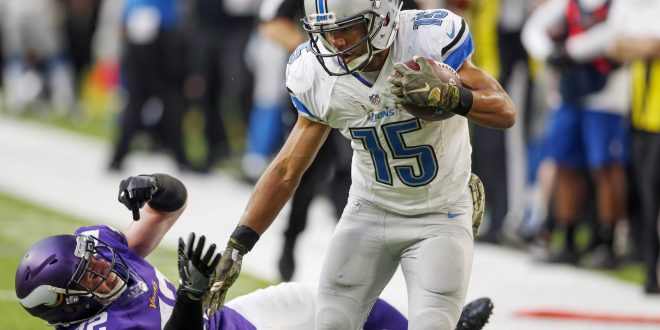 NFL Trade Deadline Recap: Fowler Jr. to the Rams, Tate to the Eagles

The NFL trade deadline frenzy ended on Tuesday with some blockbuster deals highlighting the day. Some NFL teams included players with expiring contracts, that stacked their draft picks. On the other hand, some teams stacked their roster for a Super Bowl push.

Similar to the Fowler Jr. trade, this is another case of a team trying to figure out if they will re-sign one of their players after this season. Trading for future draft picks is the move that the Detroit Lions ended up making, which is the same decision the Jaguars made. The Lions received a 2019 third-round pick from the Eagles in exchange for wide receiver Golden Tate. The Eagles add another weapon to an offense that came off a Super Bowl run last year.

With the addition of Tate, Carson Wentz has another lethal option to throw to. The Eagles wide receiver core consists of Alshon Jeffery, Golden Tate, Nelson Agholor and Jordan Matthews. Furthermore, Wentz can throw to tight end Zach Ertz, who started for the NFC in the Pro Bowl last year.

“The message to our fans, to our players, to our coaches, to everyone in this organization is our foot is always gonna be on the gas,” said executive vice president of Eagles football operations Howie Roseman. “And we’re always trying to win, we’re always gonna try and put our best foot forward and what we can do now is try and do that for this season and this moment and that’s what we’re gonna do and that’s our responsibility.”

The Green Bay Packers traded safety Ha Ha Clinton-Dix to the Washington Redskins in exchange for a 2019 fourth-round pick.