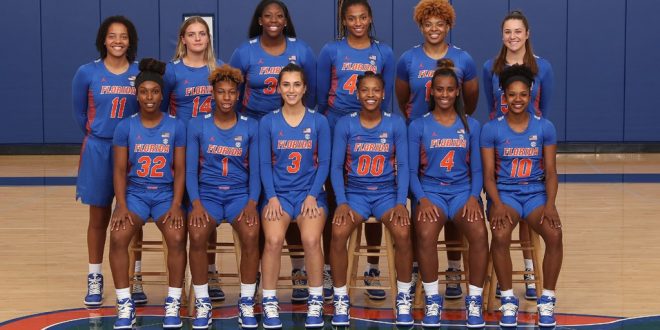 The Florida women’s basketball team opened its 2018-2019 campaign in disappointing fashion on Tuesday. The Gators dropped their season opener to the Gardner Webb Runnin’ Bulldogs 60-58 at the O’Connell Center in front of an announced crowd of 1,891. The game was the program’s first ever “Field Trip Game”, in which it hosted hundreds of elementary kids from schools around Alachua County.

Nakkasoglu and Washington lead the way in losing effort

Redshirt-senior Funda Nakkasoglu led the team with 22 points, while her teammate Delicia Washington added 14 points. Redshirt junior Zada Williams was the third and final Gator to score in double-digits with 12 points in the game. She also added 10 rebounds to the box score in her first game as a Florida Gator.

The Gators got off to a hot start, taking a 17-9 lead into the break after the first quarter. The second and third periods were different stories however, as Gardner Webb outscored Florida 36-25 to bring a 45-42 lead into the fourth quarter.

The Gators were sloppy throughout the duration of Tuesday’s game and it showed. With hardly any pressure coming from Gardner Webb’s defense, UF coughed up the ball 26 times, mostly due to unforced errors. Head coach Cameron Newbauer said the effort in that aspect was very disappointing and that cleaning up the turnovers would be the first thing the team works on in practice on Wednesday.

Postgame highlights and what’s next for the Gators

There’s not a lot of time to let this loss sink in, with a game against Florida State in Tallahassee on Sunday. Tip-off is set for 3 p.m.