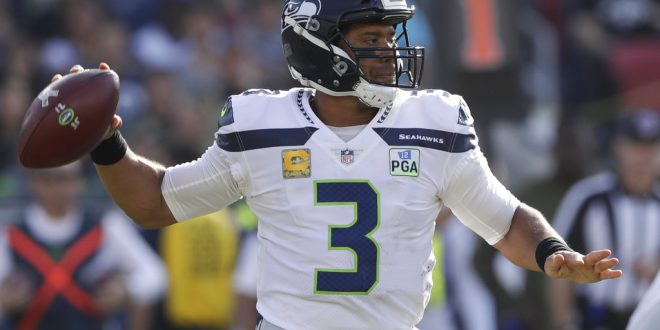 The Seattle Seahawks host the Green Bay Packers in the week 11 edition of Thursday Night Football. This game is a must-win for both sides, who are currently within striking distance of a playoff spot.

The Packers are 4-4-1 and sit a game out of the final wild card spot. They are also a game and a half behind the division-leading Chicago Bears.

The Seahawks sit at 4-5 and are a game and a half out of the final wild card spot. They have a very slim chance of catching the division-leading 9-1 Los Angeles Rams.

Packers linebacker Clay Matthews knows how important this win is for both teams.

“The reality is both teams are at a point in the season, past the halfway point, where we both need wins to stay alive in this NFC playoff picture,” (ESPN).

What to Expect From the Packers

The Packers have and will continue to rely on quarterback Aaron Rodgers to carry their offense and win games. Rodgers continues to cement himself as one of the best signal callers in the league. Through nine games, he has completed 217 of 355 (61.1%) attempts for 2,741 yards, 17 touchdowns and one interception.

Defensively, they are led by cornerbacks Jaire Alexander and Josh Jackson and linebackers Blake Martinez and Clay Matthews.

What to Expect From Seattle

The Seahawks were expected to go through a long rebuild after losing numerous key pieces of their defense over the last few years. This list includes Richard Sherman, Kam Chancellor, Michael Bennett and more. However, quarterback Russell Wilson and head coach Pete Carroll have kept the team afloat during this transition period.

Russell Wilson has completed 163 of 247 (66.0%) attempts for 1,967 yards, 21 touchdowns and five interceptions. The receiving core is led by Tyler Lockett and Doug Baldwin. Lockett has 33 receptions for 483 yards and a team-high seven touchdowns. Baldwin, who missed two games with a knee injury, has 23 receptions for 275 yards.

The running game has been split up this season between Chris Carson, Mike Davis and Rashaad Penny. Carson leads the group with 111 rushes for 497 yards and a pair of touchdowns. Davis has 78 attempts for 346 yards and three touchdowns, while Penny has added 254 yards and a touchdown.

On top of having to deal with Russell Wilson and co., the Packers will be playing in one of the most difficult stadiums in the NFL. CenturyLink Field is notorious for creating the loudest environment in the league.

The game is being played on Thursday night in Seattle at 8:20 p.m.