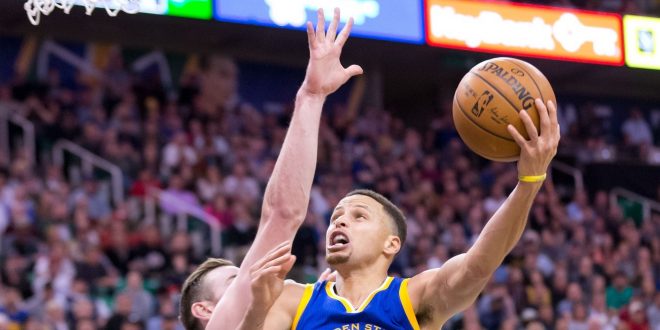 Chef Curry is cooking like he never left the kitchen

Warriors guard Stephen Curry made his return in a impressive fashion after suffering from a groin injury in early November. Since returning to the court, Curry is averaging 28.5 points per game and four rebounds per game while shooting 53 percent from the field.

Curry suffered a mild to moderate groin strain in a loss against Milwaukee Bucks on November 9. He missed a total of 11 games. Head coach Steve Kerr was very cautious with Curry’s injury. Kerr said because it’s Curry’s first groin injury the staff would be extra careful and thoughtful of when Curry should return.

Curry was listed as day-to-day for a couples before being ruled out for the next 5 games. The team said he would be evaluated in the next 10 days.

Curry didn’t seem to be a step behind in his first game back. But did anyone expect him to be? In that loss against the Detroit Pistons, he recorded 27 points, 5 rebounds, 3 assists and 2 steals. He scored 20 of 27 points in the second half.

Kerr attributed some rust to the seven turnovers Curry committed in his 37 minutes of play.

After the game, Kerr said that Curry’s groin “feels fine” and will play in Golden State’s three game week.

Curry didn’t let up in the second game back following his groin injury. The superstar led the Warriors to a 128-111 win against the Atlanta Hawks.

He started out on fire, outscoring the entire Atlanta Hawks team in the first quarter, 18-17.

Curry said he was getting his rhythm back and wanted to stay aggressive and pick up where he left off in the second half in Detroit.

Curry recorded 30 points on 6-for-10 shooting from behind the arc. He only saw the court for 27 minutes.

Warriors forward Kevin Durant said he loves the aggressiveness from Curry right away.

He said he feels that the offense is more free-flowing when Curry is on the court. Durant attributes his teammates success to the Warriors ability to pass the ball and set each other up to make plays.

Kevin Smalls is a fourth year journalism student on the sports and media track from Jacksonville, Florida. He aspires to be a sports writer on the high school and collegiate level. He is currently taking courses at the University of Florida in the sports writing field to learn what it takes to be a sports writer. He writes web stories for ESPN Gainesville. He also informs the public of local, state, and national on sports trending for ESPN Gainesville.
Previous Thunder Are On The Right Ship After a Slow Start
Next Former UF coach Jimmy Ray Stephens reunited with Spurrier in Orlando