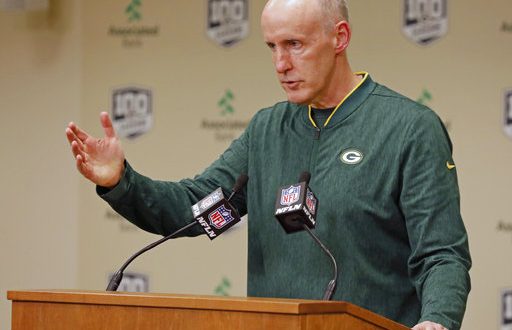 This last week has been very eventful, to say the least, for the Green Bay Packers. After losing to the Arizona Cardinals on Sunday, December 2nd, the Packers fired head coach Mike McCarthy. McCarthy coached the Packers for 13 seasons and had a coaching record of 125-77-2.

He won Super Bowl XLV in 2010. McCarthy and star quarterback, Aaron Rodgers, have been going through a rough patch recently and have not been seeing eye to eye this season when it comes to the play calling.

McCarthy coached Rodgers for every single season of his career except his rookie year.

New Coach at the Helm

It didn’t take long as the new head coach for Philbin to make some coaching staff changes. Two days after being named head coach, Philbin fired associate head coach Winston Moss on Tuesday. Moss was also the outside linebackers coach. Moss has been with Mike McCarthy’s coaching staff since 2006. The firing also comes at a time when Moss came out with a tweet that stated his opinion on the direction of the team’s leadership.

Ponder this… what Championship teams have are great leadership! Period! It’s not the offensive guru trend, it’s not the safe trend. Find somebody that is going to hold #12 and everybody in this building to a #LombardiStandard! Period! #losingsucks!

What’s next for the Packers?

The current record for the Packers this season is 4-7-1, and their chances of making the playoffs are slim to none which will mark a second consecutive season without making the playoffs. The Packers will go up against the Falcons, Bears, Jets, and Lions for the remainder of their schedule.

Aaron Rodgers looks to finish this season on a high note and believes there is still something to be gained with four more games left on the season.