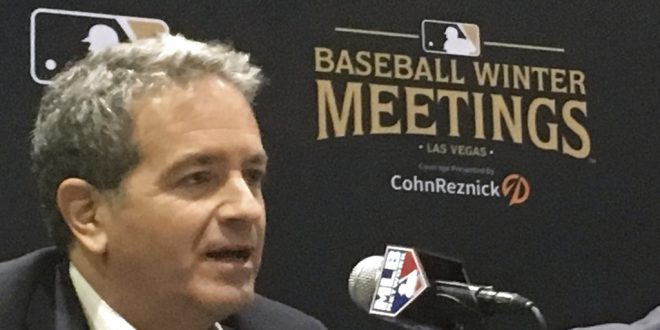 The Tampa Bay Rays’ quest for getting a new stadium has taken another turn.

Tampa Bay had made a proposal earlier this year that would’ve seen the team build a state-of-the-art stadium in Tampa’s Ybor City district. However, the team won’t be able to finish the plans by this month’s deadline, meaning that the project in Ybor, at least for now, is dead.

Rays owner Stu Sternberg announced the falling through of the plan at the MLB Winter Meetings in Las Vegas, but in his statement sounded optimistic about the teams future in the region.

“I’m firmly committed to helping the Rays remain and thrive in Tampa Bay for decades and generations to come. Major League Baseball is a large part of what defines Tampa Bay as a major league region and I’m enthusiastic about finding a way forward.”

The proposed plan would’ve placed an $892 million stadium right in Tampa Bay for the start of the 2023 season. It would’ve moved the team from St. Petersburg to an area that is much closer to the majority of it’s fan base, while St. Pete would’ve have been able to redevelop the land on which Tropicana Field currently sits.

The day before, MLB commissioner Robert Manfred wrote to the team addressing several concerns he had with the project. Those include a lack of concrete funding and a lackluster timetable for the construction project and its conclusion.

The Rays’ lease at Tropicana Field runs through 2027. Ideally, all parties would like a resolution to the stadium issue before that. Manfred has said that there will be no expansion until Tampa Bay’s and Oakland’s stadium situations are resolved.

Montreal, Portland, and Las Vegas are some of the cities that have been linked as possible expansion or relocation sites for teams.