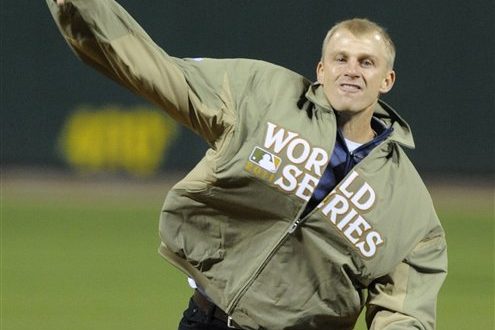 This is Eckstein’s first front office role in Major League Baseball. Eckstein will work alongside his brother Rick Eckstein, the Pirates’ hitting coach.

Eckstein began his baseball career at Florida in 1994 where he was a walk-on before earning an athletic scholarship. As a Gator, Eckstein was a two-time All-SEC player and a three-time member of the SEC Academic Honor Roll.

As a member of the Florida College World Series team, Eckstein earned the honor of 1st Team All-American. In the 1996 CWS, the Gators fell to the LSU Tigers in the semifinals.

In 1997, Eckstein was drafted in 19th round of the Major League Baseball Amateur Draft by the Boston Red Sox.

Eckstein debuted in the minor leagues with the Lowell Spinners, a Boston Red Sox affiliate. After his minor league debut, Eckstein played for four other minor league teams until 2000.

In August of 2000, Eckstein was acquired by the Anaheim Angels and where he played for four seasons. Eckstein won a World Series in 2002 with the Angels.

Eckstein played for the St. Louis Cardinals from 2005 to 2007. During his time with the Cardinals, Eckstein won another World Series and the World Series MVP in 2006.

In 2008, Eckstein spent a lone season with the Toronto Blue Jays before heading to San Diego. Eckstein spent his final two seasons with the Padres before retiring in 2010. 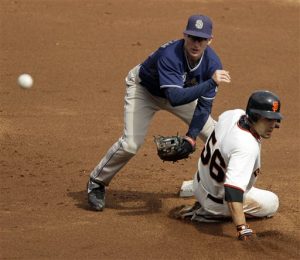