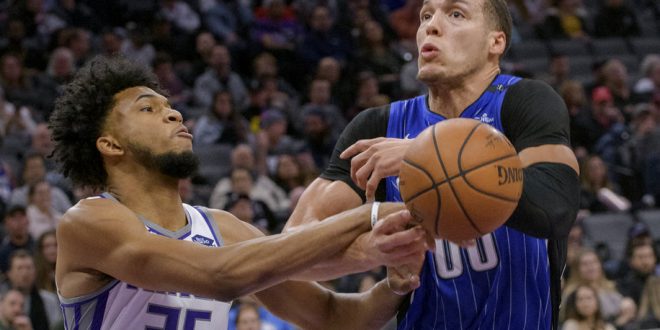 Orlando (17-23) struggled against the energetic and young Kings’ core last night, being outscored in three out of four quarters, losing 111-95. The Magic have now lost three straight and for the fourth time in the last five games on the franchise’s longest road trip of the season.

This long and tedious road trip began on December 31 with a loss against the Charlotte Hornets. They’ve since traveled to Chicago, Minnesota, Los Angeles, and Sacramento and only came out victorious against the Bulls (10-30).

In all four of their losses, the Magic have been outscored by a combined 462 points and have only scored 394 points.

During Monday night’s loss, the Magic were completely dominated on all aspects. Efforts from Willie Cauley-Stein who corralled 11 boards, Bogdan Bogdanovic with eight, and Marvin Bagley III with six were the reason for the Kings outrebounding the Magic 57-46. It was Bagley’s first game back after an 11 game absence due to a knee injury.

Here’s what the second-overall NBA draft pick had to say about his return to the hardwood.

Furthermore, the Magic’s starting five only compiled six assists, two of which came from guards D.J. Augustin and Evan Fournier. Their leading assist leader Isaiah Briscoe came off the bench and finished the night with four dimes. Nikola Vucevic was the leading starting playmaker with three assists.

Furthermore, Vucevic had a great under the radar performance. The Montenegrin national scored 18 points in just 24 minutes and had a game-high 13 rebounds. He was the only member of the Magic who finished with a double-double.

Orlando finished with 16 turnovers, 10 of which came in the first half alone. The Kings great passing only settled for nine turnovers and  24 assists. Bogdanovic filled the stat sheet with a near triple-double. 15 points, eight rebounds and a game high seven assists.

The Serbian national has had a lot of upside as of late, averaging 18.1 ppg in the last eight games. Those numbers haven’t gone unnoticed by head coach Dave Joerger, who kept him in the game for a team-high 32 minutes.

Sophomore sensation De’Aaron “Swipathe” Fox had himself a fantastic game. He’s stepped up and has become a leader for the Kings this season and has established himself as one of the fastest point guards in the league. His game-high 20 points in 22 minutes was crucial for the Kings, especially when you consider how effective Fox was on the defensive front. He ended the night with five total steals, adding salt to the Magic’s turnover issues.

As for the Magic, their best performance came off the bench. 7-year vet Terence Ross scored a game-high 20 points and notched five 3-pointers in just 20 minutes.

Aaron Gordon had a tough outing. He couldn’t find the feel for the basket and ended shooting 3/13 from the field. amounting to 10 points and 3/4 from the charity stripe. However, his nine rebounds helped his stat line (and fantasy league owners).

The Magic play their sixth and final road game against the Utah Jazz (20-21) on Wednesday night.

Recent grad from the University of Florida. Editing all articles on here while helping out the newbies. Love all things basketball.
@@MarcoJMartinez_
Previous Clemson Dominates Alabama to Claim Third National Championship
Next Hours removed from winning the national championship, Clemson is poised to make another run in 2019