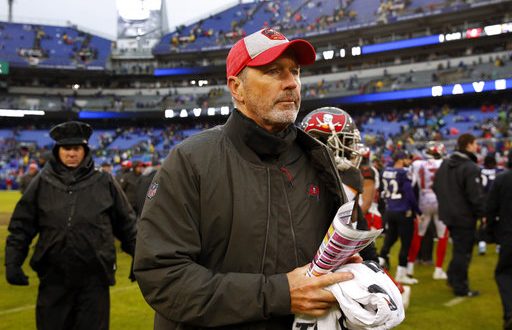 The Latest In The NFL Coaching Carousel

A long list of NFL teams exited the 2018 regular season with plenty of coaching vacancies.

Among these teams include the Cleveland Browns, Cincinnati Bengals, Arizona Cardinals, Miami Dolphins, Tampa Bay Buccaneers, Atlanta Falcons, New York Jets, Green Bay Packers and Denver Broncos. But some have ended their searches more quickly than others. Which teams in particular have found a solution?

The former Arizona Cardinals head coach will end his quick retirement from coaching to lead Tampa Bay. Arians spent his year away from football after the 2017 season as an analyst for CBS.

But locking down Arians wasn’t simple. He was still under contract with the Cardinals through the 2019 season, leading to a demand from the Cardinals for compensation. Thus, the Cardinals and Buccaneers exchanged late draft picks to secure the hire.

Arians was considered a front-runner for the position, despite the Buccaneers having interviewed other candidates. The Buccaneers are coming off of a disappointing 5-11 season, with Jameis Winston’s future as quarterback in question.

After a one season stint, the Cardinals let go of head coach Steve Wilks after an embarrassing 3-13 season. They quickly found what they were looking for in Kliff Kingsbury.

The former Texas Tech head coach was fired in late November, but has had a record of success with quarterbacks, having coached names such as Patrick Mahomes, Case Keenum and Johnny Manziel.

Kingsbury is suitable for the Cardinals in that rookie quarterback Josh Rosen faced difficulty in his first season. Kingsbury quickly accepted an offensive coordinator position at the University of Southern California before he interviewed with both the Jets and Cardinals.

Matt LaFleur will fill the Packers vacancy, leaving his position as the Tennessee Titans offensive coordinator. LaFleur spent a season in Tennessee, and before that, a year with the Los Angeles Rams.

LaFleur is credited with having coached Matt Ryan to winning the MVP with the Atlanta Falcons back in 2016 as quarterbacks coach, the same year the Falcons fell to the Patriots in the Super Bowl. The Packers concluded their season 6-9, letting go of Mike McCarthy in December after he spent 13 seasons there.

Though not part of the head coaching carousel, the Atlanta Falcons have made some interesting personnel changes. The Falcons will add former Buccaneers coach Dirk Koetter as offensive coordinator, and Mike Mularkey as tight ends coach.

Mularkey, a University of Florida alumnus, formerly coached the Bills, Jags and Titans. The Falcons offense was productive, having ranked sixth in yards and tenth in points.

Previous SEC Basketball Recap: Tennessee, Kentucky, So. Carolina All Pick Up Wins
Next The Miami Heat Slip Up In Late Loss to Nuggets