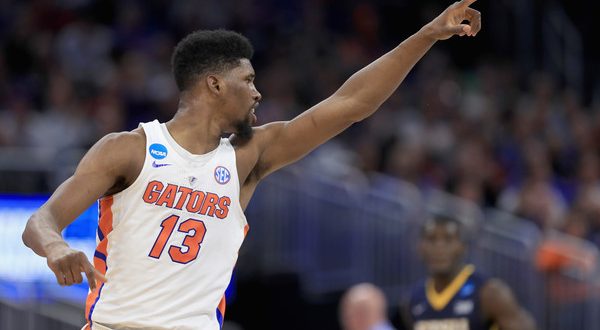 The Florida Gators will look to move to 3-3 in the SEC as they host the Texas A&M Aggies on Tuesday night. The Gators are coming off a ten point victory on the road against Georgia.

What to Expect From Texas A&M?

The Aggies have really struggled in every aspect this season. They are currently 1-4 in the SEC and 7-9 overall. They are coming off two blowout losses to Auburn and Missouri and rank outside the top 100 in offensive and defensive efficiency.

The Aggies were expected to have an off year after losing their top four scorers last year in Tyler Davis, Admon Gilder, DJ Hogg and Robert Williams. However, they were not expected to be struggling as much as they are.

Billy Kennedy’s team does not do anything particularly well. They connect on a measly 27.9% of their three point attempts, which ranks in the bottom ten in the country. The Aggies have a low effective field goal percentage of 48.6% and have a lot of trouble holding onto the ball.

Texas A&M is a little bit better on the defensive end. They limit their opponents to 47.0% on two-point field goals, which ranks 56th in the nation.

Josh Nebo provides an elite defensive interior presence. He is averaging 2.6 blocks per game, which ranks second in the SEC behind Georgia’s Nicolas Claxton. His defensive presence has helped the Aggies block shots on 15.0% of their defensive possessions, which ranks 12th in the country.

The Gators have been carried by their defense this year. They rank 8th in the country in adjusted defensive efficiency and 2nd in turnover percentage. Mike White’s squad love to deploy different defensive schemes to keep their opponents switching up their game plans.

The Aggies can’t let the Gators aggressive defensive traps phase them. If they turn the ball over, the Gators will certainly take advantage.

Offensively, KeVaughn Allen has been playing fantastic lately. He has six straight double digit scoring games and is averaging 15.2 points per game in conference play.

The loss of Keith Stone for the season certainly hurts, but it could potentially open up more opportunities for the likes of Jalen Hudson, Keyontae Johnson, Dontay Bassett and Isaiah Stokes. The real key for the Gators is if this can get Jalen Hudson going on the offensive end. After leading the team last year with 15.5 points per game, Hudson has struggled dramatically this year.

His scoring and percentages are way down and it seems like he has little to no confidence. If the injury to Stone can somehow help him regain his confidence and form from last year, it could change the course of the season for the Gators.

Previous NBA Recap: Heat Fall to Celtics, Magic Defeat the Hawks
Next Baseball Hall of Fame to be Announced on Tuesday at 6 p.m. ET.