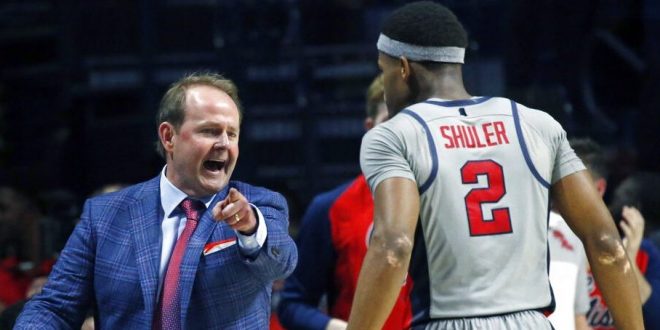 No. 18 Ole Miss Travel to Tuscaloosa to Take On Alabama

Ole Miss Rebels are on the road being hosted by The Alabama Crimson tide for a night game.

This Ole Miss Rebels team is coming off an impressive win against Arkansas 67-84. They are on the road today heading up to Alabama entering this game 4-1 for conference play and 14-3 for the overall season.

The Rebel team  has been making major noise throughout this season. The program doing a complete 360 turn around, coached by Kermit Davis in his 2nd year of coaching.

Both of these teams are competitive teams in the SEC won’t be an easy win for the Rebels especially on the road. Each of these teams possess high offensive tempo. This Ole miss team is lead by So. Berlin Tyree who is averaging 17.5 points per game.

Coming off a tough 68-71 loss to now number one ranked Tennessee, the Crimson tide look to bounce back and hopefully beat this impressive Ole Miss team tonight.

Alabama is one team to not be reckoned with. If they are able to secure this win against Ole Miss, then this would be the second ranked team they have knocked off this season, No.8 Kentucky being the first.

Leading scorer for this Alabama team is is Kira Lewis Jr who is averaging 14.2 points per game.

Alabama head coach Avery Johnson is in his fourth year with the Tide. He previously coached for the Dallas Mavericks.

The last time this Alabama team was ranked, they were at 24 entering the tournament in the 2017-18 season. The Tide passed the first round, but lost in the 2nd round of the NCAA tournament to Villanova.

Tune in at 9:00 PM EST to watch both of these two top contending teams battle it out.