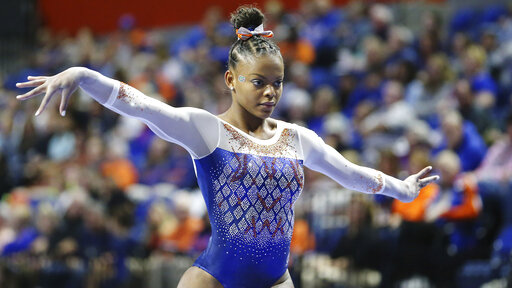 Spirits are as high as ever as the No. 3 Florida Gators gymnastics team returns to the O’Connell Center this evening to take on the No. 17 Kentucky Wildcats.

The Gators (2-0) have had a remarkable start to their season, beating Missouri at home and LSU in Baton Rouge, both of whom gave the Gators their two losses of the 5-2 2018 season. They’ll look to bring that same energy back home against an SEC rival who may seem tougher than they appear.

Just How “Wild” Are The Wildcats?

The Wildcats (3-2) aren’t a top-ten caliber team. They’ve struggled to find consistency early in their season, having fallen to programs like Oregon State and Illinois. Their shortcomings have been by fault of their two weakest events: Beam and floor. Even in their win last week against Arkansas, the Wildcats’ beam score of 47.775 was the lowest in four years.

The team’s floor routines have been a work in progress. It was their weakest showing in the losses to Oregon State and Illinois (48.525), but saw major improvement at the Arkansas meet. A score of 49.375 would tie for the 10th-highest score in program history; that’s thanks in part to senior Alex Hyland, who has consistently excelled on the floor.

Hyland’s presence on the floor only complements senior Sidney Dukes performances. Dukes leads the team in beam and floor, despite the collective weakness. Each pose a viable threat to the Gators, especially with the Wildcats also fresh off a conference win.

Can the Gators Extend Their Winning Streak?

The early success of the Gators in the 2019 season hasn’t gone unrecognized. Entering this week’s meet, the Gators lead the SEC in scoring. But there’s been plenty of individual recognition. Junior Rachel Gowey earned SEC Specialist Gymnast of the Week after winning her second consecutive beam title at the LSU meet. Breakout freshman Trinity Thomas earned her second SEC Freshman of the Week honor as a reward for her dominant performance on floor and all-around.

It didn’t take long for the Pennsylvania native to find an impactful rhythm early on. Thomas hasn’t found any trouble leading the Gators in bars, floor and vault. She’s not too far behind in beam either, tied for second highest score beside Alyssa Baumann.

Both 2018 NCAA Championship qualifying teams will take the floor tonight at the Stephen O’Connell Center at 5:45pm. If Kentucky brings the same punch they did to Arkansas, Florida might have quite the challenge on their hands.

Previous Gators Women’s Hoops Falls to No. 7 Mississippi State at Home
Next Preview: Gators Head to TCU for Big Game Against Horned Frogs 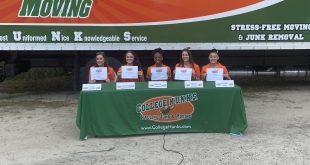