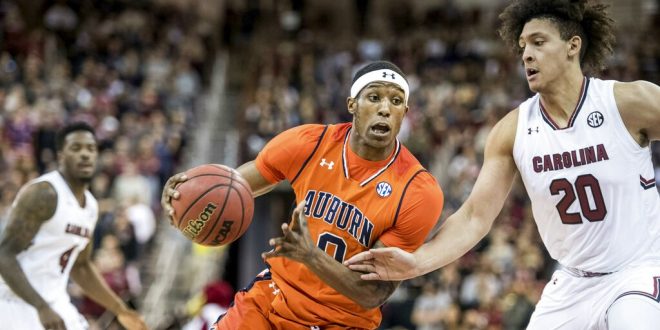 The Missouri Tigers sit close to the bottom of the SEC standings. They enter tonight’s contest against the Auburn Tigers with a 1-5 conference record. Mizzou dropped their last two games which includes losing to LSU in an overtime heart-breaker. In the final two minutes of that game, Mizzou blew a 14-point lead.

The Auburn basketball team can’t say things are going differently compared to Mizzou. Auburn has a 2-4 conference record. This is the first time that Auburn hasn’t been ranked in over a year. What balances their conference record is their overall record which sits at 13 -6.

The last time these two teams squared off Mizzou was no match for Auburn. Auburn ran the Tigers right out of the gym with a score of 91 to 73. The Auburn offense was firing on all cylinders as five players reach double digits in points scored.

Since joining the SEC, Missouri is 5-4 against Auburn. But recently, Auburn has control of the match-up as they have won three of the last four contests. One of the Mizzou players on Auburn’s defensive radar is guard Mark Smith. He is one of the premiere shooters in the nation shooting 47.5% behind the three point line. Mizzou looks to change the tide in this one sided match-up as of late.

The Tigers have heavily relied on their defense this season. They have a knack for forcing turnovers on their opponents. One of the concerns Auburn has for tonight’s game is not having their man in the middle.

They will be without their center Austin Wiley. He has been out the last few games due to injuring his left leg. He has been a force on the glass averaging over six rebounds per game and is a defensive presence in the paint with his length.