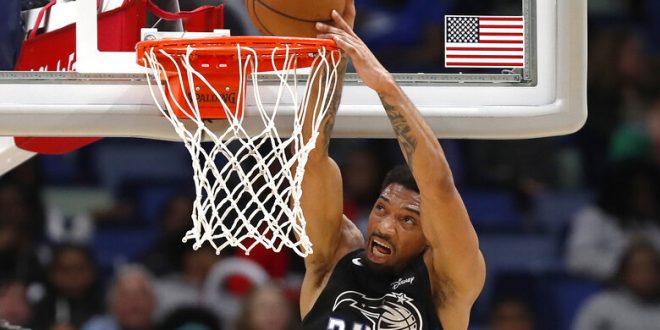 The Orlando Magic are finally winning, and winning big.

The Magic have won four straight, with the last three coming by an average of 22 points on the road. New Orleans became the latest of Orlando’s victims on Tuesday night.

Strong performances by Nikola Vucevic and Jonathan Isaac led the Magic to a 118-88 victory.

Orlando used a 32-5 run in the first quarter to bust the game open early. The Pelicans cut the 28-point lead to 14 in the second quarter, but the Magic opened the second half with three straight three-pointers to make it 76-50.

The Magic rode the momentum through the end of the game, with frustrated Pelicans fans booing in the background.

New Orleans is still recovering from the Anthony Davis trade saga, and it showed on Tuesday. Davis seemed disinterested as he made just one of his nine field goal attempts for three points.

The Magic’s best scorer and rebounder asserted his dominance once again.

Getting ready to play in his first NBA All-Star Game, the second-year center led the team with 25 points and 17 boards. Vucevic finished 10-for-18 from the field.

Isaac has a career night

Isaac came in scoring just nine points per game for the Magic, but he nearly doubled that in the first period alone.

He and Evan Fournier controlled the first 12 minutes, combining for 30 points to boost Orlando to its hot start. Isaac scored only four points the rest of the way, but it turned out the Magic didn’t need him to do much more.

He had a career-best 20 points while Vucevic, Fournier (22) and Aaron Gordon (20) stepped up to boost the offensive attack the rest of the way.

The Magic will finally return home from a strong road stretch on Thursday.

It will look to continue its winning ways into the All-Star break as it faces the Charlotte Hornets in a 7 p.m. tip.