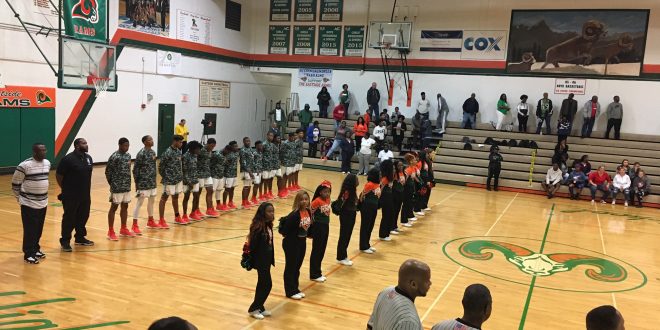 Eastside Rams move on to the District Final

The Eastside Rams hosted the Dunnellon Tigers in a District Semifinal game Wednesday night. The Rams took home the win with a score of 66-61.

Eastside entered the game with a record of 23-2, the best record in the school’s history. The team is undefeated in their district.

The Rams, having already beaten the Tigers twice during the regular season, were leading at one point in the first half by 18. The Rams came out firing on all cylinders scoring on their first 3 possessions. At halftime, they were leading 38-25.

In the fourth quarter, Dunnellon made a run of their own cutting the Rams’ lead down to 3.

Coach Williams called a timeout to regroup his troops; 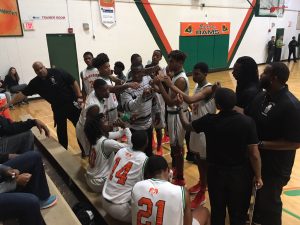 Dunnellon tied the game but Captain Anthony Richardson came in clutch with this emphatic dunk.

Here is the interview with Coach Pop after the game

The Eastside Rams will host the Santa Fe Raiders in the District Final on Friday.

Previous Up Next for Gator Basketball: Alabama
Next Preview: Florida Baseball Opens 2019 Season Against Long Beach