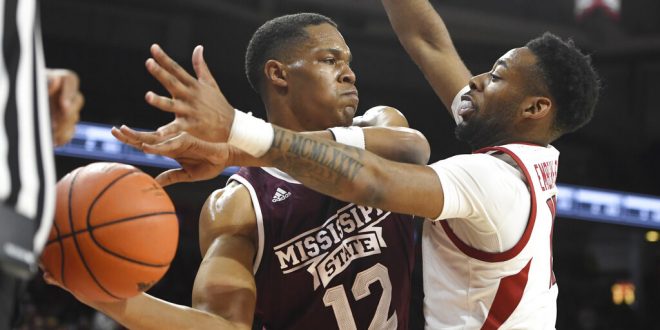 One could say the Georgia Bulldogs are having a tough basketball season.

They haven’t won a game since January, and right now, they’ve only defeated one SEC opponent in conference play. But tonight, they host the talented Mississippi State Bulldogs in their first meet up of the season. Georgia will be looking to pull off an upset victory.

The last time Georgia beat an SEC opponent was January 9, at home against Vanderbilt. Hosting Mississippi State tonight will be a huge advantage for the Bulldogs – eight of their ten wins this season have been on their home court. Tonight, Georgia (10-15, 1-11 SEC) needs to be at the top of their game if they want to pull off the win.

To snag a victory, they will need a huge effort on the offensive end. The Bulldogs are led by Nicolas Claxton and Rayshaun Hammonds. Both are averaging a little over 12 points a game. And both are sophomores – which is promising for the upcoming seasons.

Head Coach Tom Crean understands that sometimes, the shots just don’t fall. But he wants to make sure his team keeps shooting, especially this evening.

They’ll need to be tough on the defensive end as well, especially against Quinndary Weatherspoon. The senior is averaging 18 points in his final year at Mississippi State. Right now, he’s ranked third in the conference in scoring per game. Georgia will need to shut him down to keep the game competitive.

In order to have a higher seed in both the conference tournament and March Madness, the Mississippi State Bulldogs need to secure a victory this evening.

Mississippi State, as of late, has been playing pretty good basketball. After losing close games to LSU and Kentucky earlier in February, they’ve turned it around and dominated in their last two wins. Right now, they sit at 18-7 overall, and 6-6 in SEC play.

Expect to see a huge offensive game from Weatherspoon tonight. He’ll also have help from Aric Holman, Nick Weatherspoon and Reggie Perry. These three are averaging at least nine points per game, which will prove a defensive challenge for Georgia.

The Mississippi State Bulldogs will also be a huge force on the board – they lead the league in rebounds per game with nearly 40.

Head Coach Ben Howland is proud of the maturity his team has shown throughout this season.

It’s going to be a dog fight between both Bulldog teams this evening. Tip-off is at 6:30, and the game will be aired on the SEC Network.