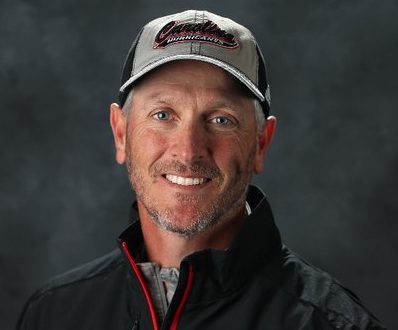 The Alliance of American Football league has a new chairman. Billionaire Tom Dundon, the owner of the NHL’s Carolina Hurricanes, invested $250 million to help keep the league afloat. According to an article by the Athletic, the AAF was in early financial turmoil after seeing early success through the first two weeks of the regular season.

Dundon To The Rescue

Hurricanes owner Tom Dundon came up big when the AAF needed someone most. https://t.co/upV42CqUUa

Dundon, who’s been the majority owner of the Hurricanes since January 2018, came to the aid of the AAF after the league was experiencing “a financial crisis,” according to reports. Dundon will now be the chairman over the league’s board of directors.

“As a lifelong sports fan and entrepreneur, I’ve always valued the opportunities generated in the ecosystem of sports and entertainment,” Dundon said in an AAF press release. “I’m impressed with The Alliance’s stunning growth in-stadium and across TV, mobile and social media in just these first few weeks.”

The plan is to grow the business out further without the help of additional partners.

“The Alliance already has a great relationship with partners such as MGM (Resorts),” Dundon said. “There won’t be any money-raising. It will be growing the business.”

Along with the reports of Dundon’s generosity, rumors swirled over the reasoning behind the billionaire’s sudden investment.

Many believed the AAF brought on Dundon because the league was “running out of money”. To sum it up, the league would be unable to pay its players properly.

The league’s co-founder, Charlie Ebersol, refuted the Athletic’s report by saying the deal with Dundon was something he couldn’t pass up due to its size.

“We are a start-up, and start-ups usually raise money in pieces,” Ebersol told the Orlando Sentinel. “There’s a Series A piece, Series B, Series C, etc. After the success of the first week, we had a number of investors come to us and offer us all kinds of different investments. Tom Dundon showed up and said, ‘Do you want to continue to raise Series B, Series C and Series D? Or do you want to raise Series Infinity right now and be taken care of from now on?’ That was an offer I was not going to refuse.”

Leave it to Steve Spurrier to tell the whole truth about why the AAF needed Tom Dundon’s money so urgently. https://t.co/zxHeOwoIU4

Steve Spurrier has the Orlando Apollos off to an impressive 2-0 start in the inaugural season of the AAF.

“I think what happened is an original investor sort of led us [Ebersol and the Alliance] into believing he could come up with the money to get us through the first year,” Spurrier said. “Then he sort of bailed out. He didn’t have the money, and we found Tom Dundon. I think Dundon liked the idea so much, he became the majority owner and now we’re all set to go for quite a while.” 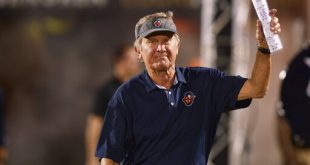 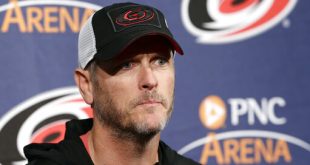