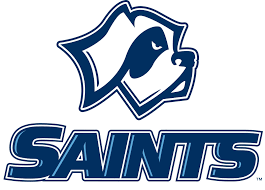 The move to a new school or state can be difficult for anybody. But what about the move to another country?

That is the number of miles that separate Admir Besovic and Bosko Bojovic from their home country of Bosnia and Herzegovina. Besovic and Bojovic both play for the Santa Fe Saints Men’s basketball team and have traveled far to get here. 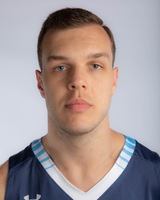 Admir Besovic came to the United States four years ago when he was just a junior in high school. He went to Virginia Episcopal School after an acquaintance and basketball mentor suggested that he would get more exposure to colleges if he was in America. Besovic’s transition to Virginia was very tough on him, ” It was pretty tough. It was definitely tough because I was still mentally growing and was apart from everything,” said Besovic. Though the first transition was tough, Besovic said that the two years in Virginia were helpful. ” Those two years were amazing for me, I got so much exposure.”

Besovic then got recruited by Montana University and played a year there before transferring to Santa Fe. Besovic said that Montana University had a different basketball system that wasn’t working for him and his basketball mentor knew Santa Fe Head Coach Chris Mowry, which is what brought him to the school.

” This was the best decision to come here,” said Besovic. Besovic averaged 10.9 points and 5.8 rebounds for the Saints in 30 games played this season.

As Besovic finishes his Sophomore year off at Santa Fe, he will make another transition by transferring to the University of Arkansas in the Fall to play basketball there. ” The first transition was the hardest, but as years go by it gets easier and easier,” said Besovic.

Besovic’s first goal is to get his college degree and then play professional basketball, ” The first thing is to get a degree. Everyone wants to go pro and that’s my dream too, but if that doesn’t work out, then it’s going to be over with basketball and I have to get a job. It’s always good to have a plan b.”

Overall, Besovic is happy with all his moves and transitions, though it was not how he expected it.

“It’s not how I planned to come to America, but it definitely helped me grow as a person and I value all the experiences that I’ve had so far.” 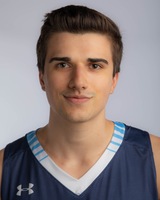 Bosko Bojovic came to America after a friend who went to Sunrise Christian Academy in Kansas told him about the school system in America.

“Back home it’s not that easy to do basketball and school, one has to suffer. I heard that the system in America allows players to go to school and to develop basketball. I chose Kansas because I heard a lot of stories about Sunrise Christian and the coach was really nice to me, having conversations almost every day and promising me things that happened,” said Bojovic.

Bojovic said that the move to Kansas was very hard on him because he was very family-oriented and grew up in a big city, “Kansas was extremely hard for me because I am a city boy. I grew up in one of the biggest towns in Bosnia and then I went to Kansas that had like 200 people and was in the middle of nowhere. It was pretty hard for me mentally.”

As for the transition to Florida, Bojovic said that he had a friend who went to Santa Fe and connected him to Coach Mowry, which is what brought him to Gainesville. He came to Santa Fe because he knew that he wanted to play college basketball and this was his step to doing so.

” It was the best decision of my life to come to Florida,” said Bojovic. He said that he loves Florida for the perfect weather, nice people and the pleasing environment and surroundings.

Bojovic is currently finishing off his freshman year for the Saints and averaged 2.8 points and 2.6 rebounds, playing in 17 games this season.

As for the future, Bojovic isn’t exactly sure what he is going to do yet, ” I am still trying to find myself and learn more about myself.” His main goal is education and to get a degree. For now, he is going more towards business management but doesn’t have a fixed decision yet. In terms of college basketball, Bojovic is going to wait and see once he finishes his time at Santa Fe, ” I am open to the options that I am going to get and then I’ll choose the best one.”

Though times were tough for Bojovic in the beginning, he said that coming to America allowed him to get to know himself better. ” America was maybe the best thing to happen to me because I was a mama’s boy and always with my family, but this gave me a chance to transition into a man. It has shown me the perspective of new life and how I am going to live in the next 10 t0 15 years.”