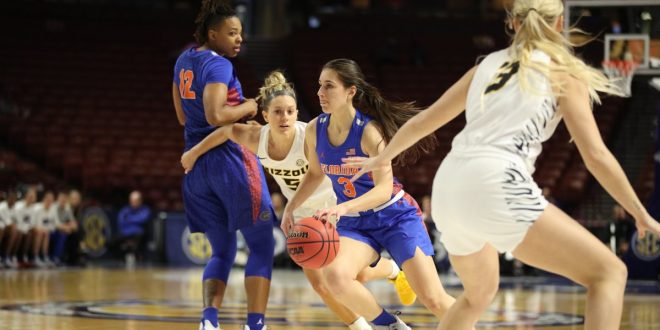 Gators Journey Comes to an End

The Gators matched up with Missouri for the second time this season. Florida had beaten the Tigers earlier in the season at home on a buzzer beater by Delicia Washington.

Leading the Gators on her way out was senior guard Funda Nakksoglu who scored 14 points, the 25th time she scored in double figures this season.   This also marked her ninth game in a row scoring double digits in her last time on the court as a Gator. 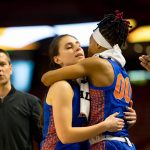 Nakkasoglu ended her college career averaging 15.8 points per game as a Gator, and concluded it with 2,047 points in her career.

She had this to say on what it felt like to be a Gator,

“I mean, it’s more than you can put into words. I can’t necessarily put it in words. But I feel like I got so much experience from it. I met so many great people that I wouldn’t have if I hadn’t taken this opportunity. I’ve just loved it. I literally call these girls family now. It sounds cliché, but I can go to them for anything. They always have my back. They have that unwavering confidence in me that I sometimes don’t even have in myself. It’s been incredible. I’m going to miss it. I’m going to cherish it.”

Alongside her scoring for the Gators was Delicia Washington with 10 points, who scored eight of those points in the third quarter.

To the best fans in the country, Thank You for your support! pic.twitter.com/Lvp3dFVrXR

The Gators end their season with an 8-23 overall record.

Missouri came into this battle with a bit of a chip on its shoulder prior to losing in the regular season to a buzzer beater to the Gators.

The Tigers were able to get it done offensively and defensively, having four players land in double- digits. Amber Smith was the leader scoring 18 points while grabbing nine rebounds. The Tigers shot 53 percent from the field and will now face Kentucky in the tournament.