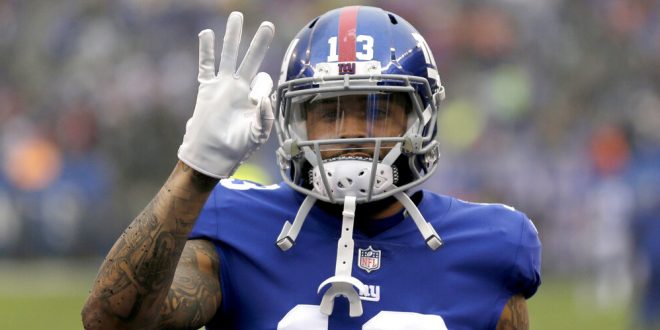 On Tuesday night, the Giants finalized a deal with the Cleveland Browns for Beckham in exchange for safety Jabrill Peppers and a pair of draft picks.

The decision to let the three-time Pro Bowl selection go came out of nowhere. Beckham and the Giants agreed to a five-year, $90 million contract extension just last year, but the star wideout began expressing his displeasure with the team soon after.

New York won just five games last season and has only had one winning record since drafting Beckham in 2014. As tension began to grow, the team indicated it might consider an offer for him, but it would take a combination of high draft picks and one of the league’s top starters.

In Peppers, the Giants get another former first-rounder. He has 136 tackles (96 solo) with two interceptions in two seasons and 29 starts for the Browns.

Cleveland walks away from this with a steal. Since New York already paid Beckham his $20 million signing bonus, the Browns will pay him $15.4 million per season, which is less than the Chiefs pay receiver Sammy Watkins.

Beckham, who has 390 receptions for 5,476 yards in his career for an average of 14 yards per catch, will have a chance to do even more damage catching passes from last year’s No. 1 pick Baker Mayfield.

The Browns continue their upward trend and immediately become contenders in the AFC North with the addition.

As for the Giants, this trade proves they have decided to go into full rebuilding mode. Even with Beckham, they struggled to compete behind the declining arm of Eli Manning. The trade does not make an immediate impact on New York’s cap space, but it will free up a lot of money in the coming years.

Even with that, it’s going to be a long road back to relevance for the Giants.