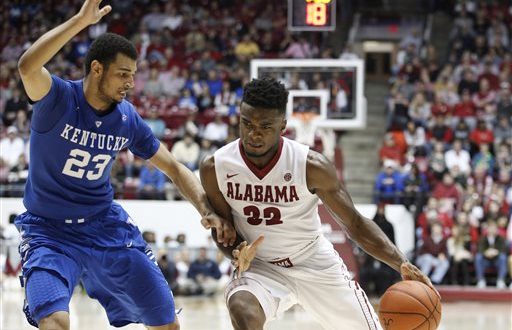 Going into the SEC Tournament, the fate of the Alabama men’s basketball team remained up in the air. This Sunday night determined their fate, and the Tide did not make the NCAA Men’s Basketball Tournament’s field of 68.

Alabama played against Kentucky (27-6) and Ole Miss (20-12) over the weekend. Victories over both of these teams were crucial. The Tide split the two contests losing to Kentucky 73-55 and winning against Ole Miss 62-57. Ole Miss and Kentucky are two of the seven SEC teams set to play in the NCAA tournament.

Alabama’s 18-15 record didn’t get them into this year’s NCAA tournament, but the team has another opportunity awaiting. Head coach Avery Johnson confirmed a bid to play in the National Invitation Tournament instead. The team earned the No. 1 seed in the 32-team contest.

At the beginning of the 2019 season, SEC media predicted the team to finish middle of the road in the conference. With early wins against Kentucky, Ole Miss, and Mississippi State, the Tide looked to exceed these expectations. At the end of the season, the team lost six of the remaining eight SEC games.

Many times this season Coach Johnson’s coaching style was questioned. His mellow personality was criticized for not being intense enough to coach at the competitive level of play.

The season for Alabama isn’t over yet. Coach Johnson says the practice in these coming games will be a great jump-start for next season.”We need as many games as we can get,” Coach Johnson said in a press conference on Friday.

Alabama will play Norfolk State on Wednesday at 6 pm in the first round of the National Invitation Tournament. Live coverage of the game can be found online at ESPNU.

Previous NCAA Tournament Preview: LSU Set to Face Yale in Jacksonville
Next Can the Giants win after dealing Odell?