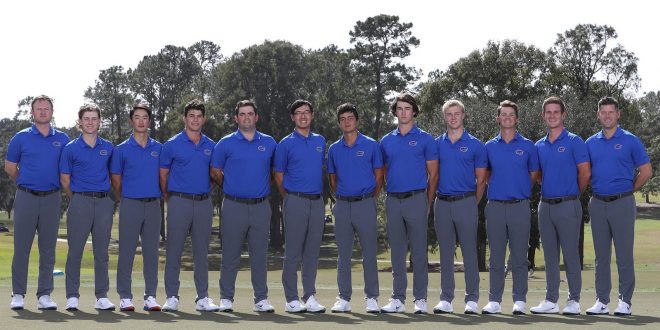 After a three-week break from competition, Florida men’s golf has hit the road once again for a second West Coast trip in a row.

This time, they’ve headed across the country into Stanford’s territory for The Goodwin.

The Goodwin features a massive 27-team field, hosted at one of the most recognized courses across the country. The Stanford University Golf Course stretches 6,758 yards and is regarded as one of the most prestigious golf courses in college golf.

The tournament is a 54-hole stroke play tournament, with one round per day played over the course of three days.

Could the break in Florida’s season mean well for the challenge ahead?

The field is the largest that Florida has participated in all season. However, Florida stands alone as the only SEC team. But that doesn’t mean the field is removed of any test.

No. 5 Oklahoma and No. 6 Southern California top the field in rankings and are both equally dangerous.

Each team has collected three tournament titles this season. Southern California has a lot at stake in an attempt to compete against conference rival Stanford, while Oklahoma still has time to make a run against Big 12 rival and No. 1 Oklahoma State.

The Goodwin is the second to last tournament lined up on Florida’s regular season schedule.

All things considered, the spring campaign got off to a relatively strong start. A 3rd place finish at Sea Best Invitational, and a 2nd place finish at home showed off Florida’s uptempo. But the third stop in Las Vegas was a calamitous one, ending in a tie for 13th finish.

With SEC Championships less than a month away, turning things around is more important than ever.

Head coach J.C. Deacon is testing out a new lineup for the tournament, exchanging Eugene Hong’s usual spot for Blake Dyer. Hong’s last performance at the Southern Highlands Invitational was 18-over.

Meanwhile, Dyer hasn’t seen any action in the starting lineups this year, only competing individually at the Florida Gators Invitational with a 13-over finish.

Florida will tee off with the afternoon group on Thursday, March 28, beginning at 4:20 p.m. Eastern Standard Time. 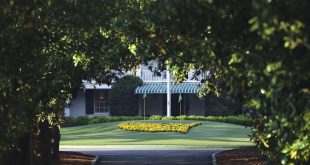 The 2020 Masters, like many of this year’s sporting events, has been rescheduled. The Augusta …