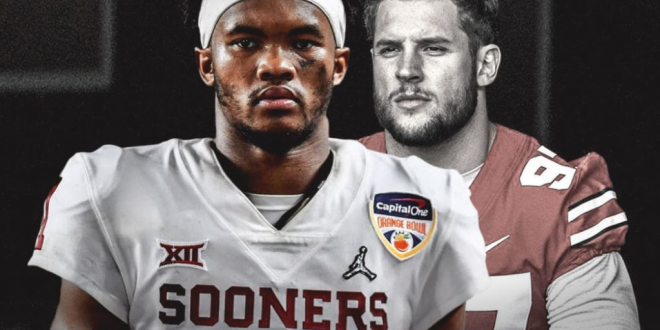 With the NFL Draft less than a month away, there is still plenty of uncertainty with what the Arizona Cardinals are going to do with the #1 pick.

Is Murray the Guy?

It is believed by many that Kyler Murray will be the selection; however, the Cardinals haven’t committed to that just yet. There can be plenty of clarification on what they will do if former 1st round pick, Josh Rosen gets traded.

There have been rumors that a couple of teams, including the Giants and Patriots, have reached out to the Cardinals about Rosen. It will be interesting to see how Arizona’s management handles the situation.

Signing Terrell Suggs in the offseason could potentially show that the Cardinals are not as worried about the two top edge rusher prospects in Bosa and Allen at number one overall.

Who’s it going to be?

Murray as of now is the believed 1st overall pick. Some of the reasons why people believe so are because of Murray’s dynamic arm and versatility.

During his collegiate career, Murray could throw the ball just as good as any quarterback in the country. On top of that, Murray could also rely on his uncanny ability to elude the pocket to go for big gains using his legs.

Kingsbury’s praise for Murray is still apparent, however, it is still unknown what exactly they will do at the one spot.

Check out the rest of @joelklatt's Mock Draft 1.0 ⬇️ pic.twitter.com/fLqIMWADCL 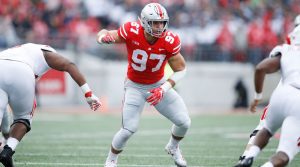 Bosa had a short season before injuring himself. He opted to sit out the season in preparation for the NFL Draft. Though some disagree with his decision, his numbers in his sophomore year speak for themselves.

In 14 games, Bosa totaled 34 tackles, in which 16 of those were for loss and 8.5 sacks. His older brother Joey has proven to be a defensive playmaker who is efficient at getting to the quarterback. Nick will look to follow in his brother’s footsteps.

The 2018 SEC Defensive Player of the Year definitely made a case for himself to be the #1 pick in this year’s draft. The senior linebacker had a monster year for the Wildcats totaling 88 total tackles, 17 sacks and forcing 5 fumbles.

He was the leader of the Wildcat defense and one of the reasons Kentucky had a 10 win season this past year. Allen is more versatile then Bosa as he can play rush the edge as a backer, while also being able to drop into coverage.

From unknown recruit to college football Defensive Player of the Year.@JoshAllen41_ is just getting started. pic.twitter.com/2vp1vmA9cq