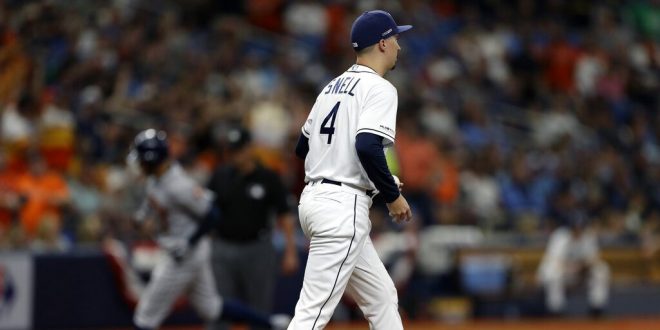 Braves, Marlins and Rays All Come Up Short on Opening Day

On Thursday, Major League Baseball kicked off its 2019 season with a full slate of games across the nation. With the new season beginning on March 28, it was the earliest Opening Day in MLB history outside of international openers.

Three of the teams that took the diamond were the Atlanta Braves, the Miami Marlins and the Tampa Bay Rays. Each ball club was hoping to start their 2019 campaign on the right foot, but none of them could escape with a win on Thursday.

No luck in the Sunshine State

Both Tampa Bay and Miami opened up their seasons with afternoon games at home.

On the mound to start for the Rays was 2018 American League Cy Young winner Blake Snell. Opposite of the left-handed pitcher was Houston’s Justin Verlander, who won the same prestigious award back in 2011.

The Rays got off to a strong start in the first inning as right fielder Austin Meadows launched a ball into the stands off a 2-1 count on Verlander.

First AB of the season?

The Rays briefly held a 1-0 advantage, but Houston flipped the game in their favor in the top of the third inning. After a couple of walks by Snell, two-time All-Star George Springer hit a home run to give the Astros a two-run lead.

Houston put the icing on the cake over the next two innings with dingers by Michael Brantley and José Altuve. Overall, the Rays finished with four hits and were walked once, but struck out 12 times.

Switching over to Miami’s game, it was fairly even for the first three innings of their match up against the Colorado Rockies. In the top of the fourth, however, the floodgates were opened as the Rockies slowly built up their lead.

Colorado increased Miami’s deficit by two runs in the fifth, but the Marlins were not going to give up easily. The club hit three solo home runs in the final four innings, including this one by pinch-hitter Neil Walker.

AND IN THIS CORNER OF THE BATTER’S BOX …

Weighing in at a dinger a piece …

Miami ended up losing 6-3, finishing the day with four hits as a team.

Troubles in the northeast

Former NL MVP Andrew McCutchen jump started the Phillies with a homer that traveled 428 feet off Braves’ pitcher Julio Teherán to start off the game. Nick Markakis responded well for the Braves with a hit in the top of the second inning that drove home Ronald Acuña Jr. to tie the score at 1-1.

The Phillies put up two more runs in the fourth behind singles by Odubel Herrera and César Hernández. A couple of innings later, Maikel Franco hit a three-run home run to extend Philadelphia’s lead to 6-1.

Pinch-hitter Matt Joyce hit a two-run dinger to slice the Braves’ deficit in the top of the seventh inning.

In the bottom of the same inning, the Phillies put the game completely out of reach with a grand slam homer. The Braves recorded the same number of hits (7), walks (6) and strikeouts (9) as the Phillies, but Philadelphia’s two home runs were the difference in this game.

The Rays and Marlins will wrap up their four-game series against their respective opponents on Sunday. The Braves, on the other hand, will have Friday off before concluding their series with the Phillies on Sunday.