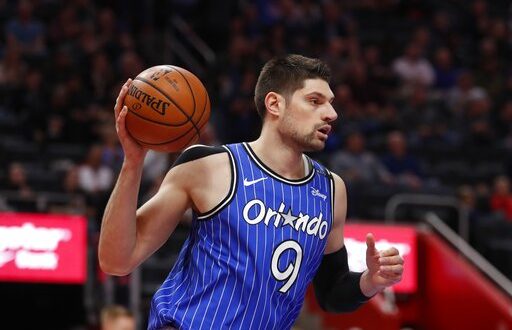 Orlando is still fighting hard for a chance in the playoffs. Unfortunately, losing to Toronto puts them in a more dire position.

Both the Magic and the Raptors scored in the triple digits during their last meeting of the regular season, something that hadn’t happened in their previous games. Orlando won their last two games against Toronto in a dominant fashion, outscoring them by 22 points, on average. The Raptors turned this around, defeating the Magic 121-109.

The Magic defense was not at its best. Up by 11 points in the second half, the Magic thought the game would end up going in their favor. Then, the Raptors offense kicked it up a notch, blowing the Magic away with a 31-10 scoring run before halftime arrived.

Orlando guard Evan Fournier scored 21 points, but the rest of the team couldn’t really get their shots to land. Stats wise, the Magic and the Raptors were pretty equal. Toronto just had a lot more 3-point shots land, sealing the deal for them to win.

Before this game, the Magic had a 71% chance of making it to postseason play. Now, that chance has been decreased to 44%. Luckily for the Magic, they should be able to win their next two games against the Knicks and the Hawks. These games are at home, boosting their chance at winning to 77% and 83%, respectively.

To really seal the deal, wins against Charlotte and Boston are crucial. These games are on the road, cutting their win percentage down, but when put to the test, the Magic have somewhat proved they can pull through. It will be a close call for their standing, but the odds are slightly in their favor.

3rd-year Telecommunications student at the University of Florida. Also a member of the Women's Track and Field team.
Previous NCAA Women’s Basketball Final Four is Set
Next OBJ Reunited With Landry After Trade