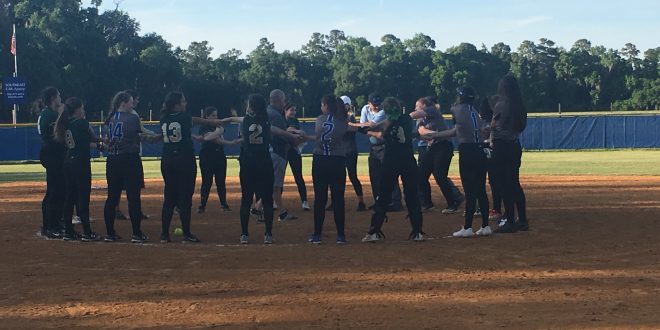 St. Francis Softball team Gets First Win Of The Season

The St. Francis Wolves softball team went head to head against the St. Joseph Academy Flashes in a nail-biting game on Wednesday, resulting in the Wolves winning with a final score of 22-12.

After giving up five runs to start the game, the Wolves came roaring back in the bottom of the first inning, scoring 11 runs.  The first big play happened with senior Erika Brockish up to bat. Lindsay Spiegler was on second base, while Sophie Renya was on third. Brockish hit a triple, allowing both runners to score.

It’s a beautiful day for a softball match! Saint Francis hosts St. Joseph Academy. We’re on the bottom of the 1st and St. Joseph leads 5-2. Saint Francis will attempt to get another run with a runner on third with no outs. @ESPNGainesville pic.twitter.com/xqQNfwTRy1

Later in the inning, Brockish hit another triple to score two more runs and Brockish scored as well to finish off the 11 run inning.

It’s the end of the first and @sfcawolves scores an impressive 11 runs. They now lead 11-5 as we head to the second inning. @ESPNGainesville

Brockish hit her third triple of the night in the bottom of the third inning, eventually scoring as well.   Another Wolves run scored on an error.  In the bottom of the fourth inning, Dixon and Paige Magary were able to make it home after a hit by Reyna.

Erika Brockish had an impressive performance offensively and St. Francis coach David Fallo, talked about that and the improvement of the team.

Sara Dastgerdi is a current student at the University of Florida.
Previous Marlins, Rays start seasons in opposite ways
Next Miami Heat Playoff Hopes Dwindling after 112-102 Loss to Boston Celtics 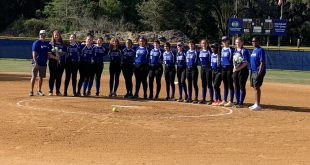