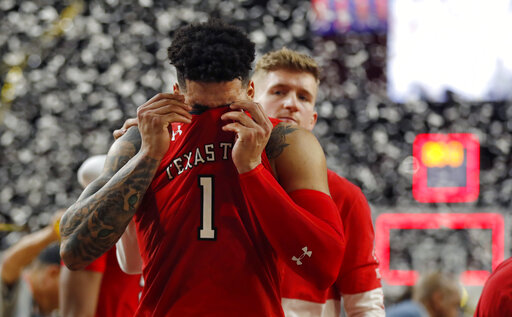 Texas Tech Has Historic Season to Look Back On

Chris Beard has a lot to be proud of in his short time at Texas Tech.

Crumbling in a national championship is never a good feeling, but the state of the Texas Tech Red Raiders men’s basketball program is in better shape than ever. Despite the hard fall, the Red Raiders have a historic 2018-19 season in the books.

How the Red Raiders Made the Jump

Elevating the program from an Elite 8 exit to the National Championship is quite the leap. But the Red Raiders had the tenacity to do so, as proven by the climb to the top. The Big 12 Champions had a combined overall regular season and a postseason record of 31-7.

Beard was named AP Men’s College Basketball Coach of the Year in light of his accomplishments.

When asked what he said to his players after the defeat, Beard took an approach filled with appreciation for this particular team.

“Just told them I loved them, and our relationship is just getting started. I’ll be at those guys wedding’s one day, and hopefully when their kids get born. Do everything I can to talk them out of getting into coaching, so they don’t ever feel like this, but, I just love those guys,” he said.

A team that lost five seniors in its previous season found experience in graduate transfers Matt Mooney and Tariq Owens.

The pair’s presence on defense was unmistakably valuable in the quest to the March Madness tournament. Mooney was the Big 12’s all-defensive team, while Owens set a school record for blocked shots.

Redshirt senior Norense Odiase will take his talents to the professional ranks but holds his team close to his heart.

“Resilience, toughness, everything we are as a team … it took a lot to get here. We’ve been through a lot together,”  said senior center Odiase.

Odiase had five points, six rebounds and a single block in his final collegiate basketball game.

Now with time to re-group, Beard can pull his team together to make another run.