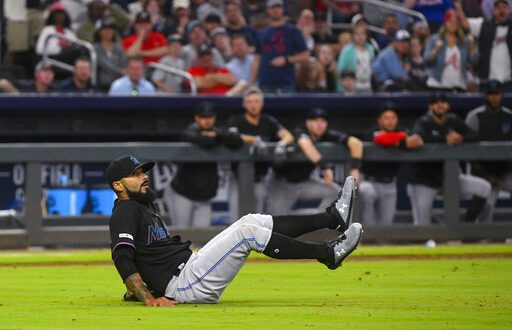 The Marlins have not had the best start to their season. With many games left, maybe they can manage to turn things around.

3-7 so far, the Marlins are not off to a good start. The regular season has been disappointing; they tied their series with the Colorado Rockies 2-2, completely lost to the New York Mets 0-3, and dropped their series to the Atlanta Braves 1-2.

These results are a bit surprising because the Marlins have had a good amount of home runs in their ten games. They have scored eleven home runs in ten games, which is half the time it took them to accomplish this feat last season.

Guess who leads the majors in pinch hits.

The Marlins do have some people in their lineup that can turn games around. Catcher Jorge Alfaro has had three home runs and 6 RBI with a .280 batting average.

Team batting leader Starlin Castro, a second baseman for Miami, has played in all ten games and has had 40 at bats. With a .300 batting average, Miami’s men have the skill to do better than what their record reflects.

In spring training, the Marlins had an 11-game winning streak, showing they have the potential to do well but have to execute when it really matters.

Luckily for the Marlins, the Cincinnati Reds have had an even worse start. Currently 1-8, the Reds only won their game on Opening Day against the Pirates. The Reds do not have an issue with pitching.

Former Miami left-fielder Derek Dietrich has had three home runs for the Reds this season. Their offense has some shining moments, but ultimately gets taken down by other teams. Hopefully, the Marlins can do the same to the Reds and slightly turn their season around.

3rd-year Telecommunications student at the University of Florida. Also a member of the Women's Track and Field team.
Previous Texas Tech Has Historic Season to Look Back On
Next Former Gator Brandone Francis Standout Performance for Texas Tech