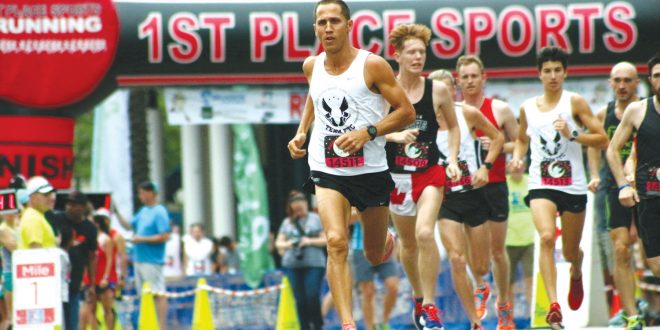 Enoch Nadler, a former member of the University of Florida track and field team, finished in 22nd place in the 2019 Boston Marathon. Nadler attended Florida from 2004 through 2007.

Nadler finished the Boston Marathon in 2 hours, 17 minutes and 6 seconds.  This comes out to 5 minutes and 14 seconds per mile.

Even though he was a collegiate runner, Nadler discussed how difficult it was to run the 26.2 miles.

“The race was super tough. I had to run the race by myself much of the way. There was a group way ahead and way behind me. My legs were a bit tired, but I managed to finish well.”

This was only his second marathon. He completed the California International Marathon in Sacramento in 2 hours, 18 minutes and 17 seconds.

He has cemented himself as one of the top long distance runners in the world. Nadler will continue to represent the University of Florida as he qualified for the Olympic Trials in February of 2020.