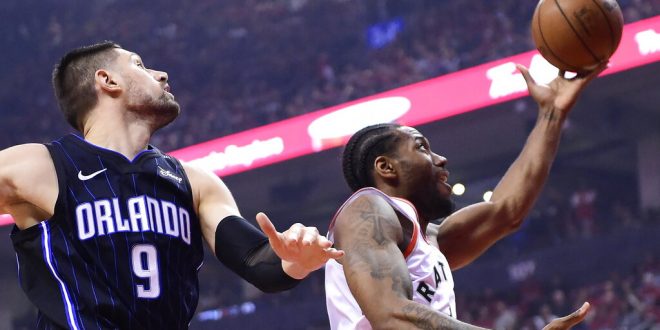 NBA Playoffs: Toronto Blows Out Orlando to Close Out Series

The Toronto Raptors are moving on to the second round of the playoffs for the fourth year in a row. This came at the expense of the Orlando Magic as they were eliminated in five games.

Game 5 was another blowout win for the Raptors 115 to 96. Three out of the four wins in this series have been by double digits for the Raptors. For many, this comes as no surprise as Toronto is the higher seeded team.

Even with an early playoff exit, this playoff appearance for the Magic was their first one since the 2011-2012 season.

Kawhi Leonard is no stranger to long playoff runs. Even with a new team this season, he brings playoff experience in close out games and it showed last night. Leonard led all scorers last night with 27 points and chipped in seven rebounds. Leonard averaged 28 points per game in this first round against Orlando.

Last night, Leonard did most of his damage from behind the arc as he was perfect hitting five of five from three-point land. Overall, Leonard shot a remarkable 50% clip from the three-point line in the series and he has been a huge contributor for the Raptors.

Leonard and point guard Kyle Lowry led the charge right from the tipoff. Lowry was able to run the offense and finished one assist shy of a double-double with 14 points and 9 assists. The Raptors started the game on an 18 to 3 run and never looked back. The Raptors never let Orlando have a lead in game five.

The Raptors held the Magic’s All-Star center, Nikola Vucevic to just six points in game five. The Raptors’ starting center Marc Gasol and backup Serge Ibaka held Vucevic to a low scoring output and a non-factor on the glass grabbing seven rebounds when he averaged 12 rebounds a game in the regular season.

Marc Gasol's defensive value to the Raptors crystallizes when looking at how All-Star Nikola Vucevic has fared this series.

Vucevic had his hands full on the offensive end of the floor when going up against Gasol and Ibaka. Both big men made Vucevic’s first postseason appearance with the Magic one he would want to forget.

Vucevic was held to averaging just 11 points and eight rebounds in the series due to the large part of going up against two players that have won the Defensive Player of the Year Award in their respective careers.

The Raptors will now face the Philadelphia 76er’s in the second round of the playoffs. The Orlando Magic had an early playoff exit, but it was still a successful season for the Magic as they finished their regular season with a winning record for the first time in seven years. 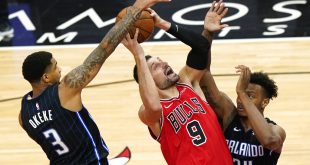 It took nearly two weeks to get there, but the Orlando Magic are finally back …