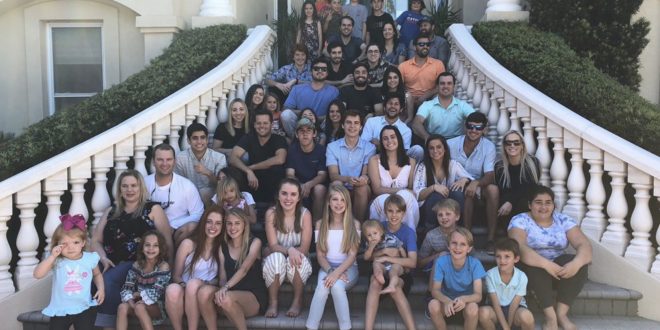 This is only transfer-student Luke Costantino’s first year attending the University of Florida, but he’s been a Gator for his entire life. Luke is part of an abnormally large family who all have one thing in common—their fandom for all things Florida sports. I had the chance to sit down with Luke and some of his friends and family in order to see what it’s like being an apart of the ultimate Gator family. 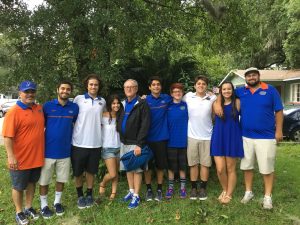 Currently, Luke has 3 cousins and a brother that all attend UF with him, but the tree has roots buried much deeper than that. Luke’s oldest brother, Ben, attended UF as well but graduated in 2017. He is one of many Costantino Gator alumni that come down every game day to cheer for the orange and blue. Both of Luke’s parents also attended UF, with his dad earning a law degree in 1988 and his mom graduating with a degree in recreational therapy in 1991. Luke’s grandfather was the first to attend UF but only stayed from 1953-1954 to go join the Navy. As you can see, the Florida family tree only spreads out further and wider, and with all the cousins and grandchildren, game days always stay busy.

Luke lives in every college kid’s dream house. Located just off of 3rd avenue, it’s within walking distance of campus, Ben Hill Griffin Stadium, and Midtown. Luke lives there with his cousin, Will Parry, and fellow transfer student and friend, Cole Martin. The three of them are tasked with holding down “the tailgate house” in the offseason. This involves making sure it’s clean, always being able to provide hospitality to a visiting family member, and making sure it never burns down. In the Springtime, its an easy gig. During the football season, however, is when things get out of control.

I sat down with the other two members of the household, Cole and Will, to get their take on the experience. “It’s great living with a bunch of Gators because I’ve been one my whole life too,” Cole said. “I never thought I would be lucky enough to attend such a great university and live with such die-hard fans but sometimes you roll double sixes.” For Luke’s cousin Will, who is two years older than Cole and Luke, this was just part of going to UF. “I lived in the old tailgate house with Ben (Luke’s older brother), so I’m pretty used to the experiences that come with it.” When asked about which tailgate house he liked better, Will was pretty split down the middle. “It’s about even,” Will explained. “There’s things I liked about the old house and things I like about this house. As long as I have a place to sleep, eat, and watch the Gators I’m happy.”

I also talked to Luke’s other cousin, Sean Mann, who is one of the few members of the family that doesn’t attend Florida. Sean attends UCF in Orlando but still drives to Gainesville for Gator game days with the family every once in a while. Below is my phone interview with him.

Being a close friend of Luke’s I got to witness a lot of the weekly game day routines first hand. I picked up on some patterns and I think I was able to simplify it into a 2-day block schedule:

Luke’s brother and some of the younger cousins would arrive. Everyone would hang out for a few hours and make a mess of the house. When the sun went down, those that were old enough would slide over to midtown to partake in some old fashioned college activities while the rest of the family stayed back and continued to hang around the house.

Whether or not the game was at noon or night, everyone from the night before was waking up early for a deep clean of the house before the older members of the family got there. Trash bags upon trash bags would be hauled out of the house and the floors would be wiped down just in time for Luke’s mom to walk in with some delicious tailgate food. As the morning turned into the afternoon, more and more family members would flood the house, until it turned into a giant mosh pit of orange and blue.

Game Time. Everyone clears out of the house to walk to their selective seats at Ben Hill Griffin Stadium. For those that can’t handle the dehydration, sunburns, and blisters that make Florida Gator games so amazing, the house becomes a safe haven of air conditioning and leftover food. Many times I found myself retreating back to the fortress of cool air and immediately slumping down on the couch. Based on the outcome of the game, the next part of the day goes one of two ways.

This is always the best case scenario, often times after a great Gator win you can find a member of the family walking through the door with their arms in the air celebrating. Once everyone comes back, the party continues for a bit longer as they finish off the rest of the food and the college football games on tv.

Nothing is worse than a Gators loss, except seeing these guys afterward. Watching them slowly slide back into the house, collect their things, and slowly being the slow drive back to where they came from is one of the most depressing things a person can see. 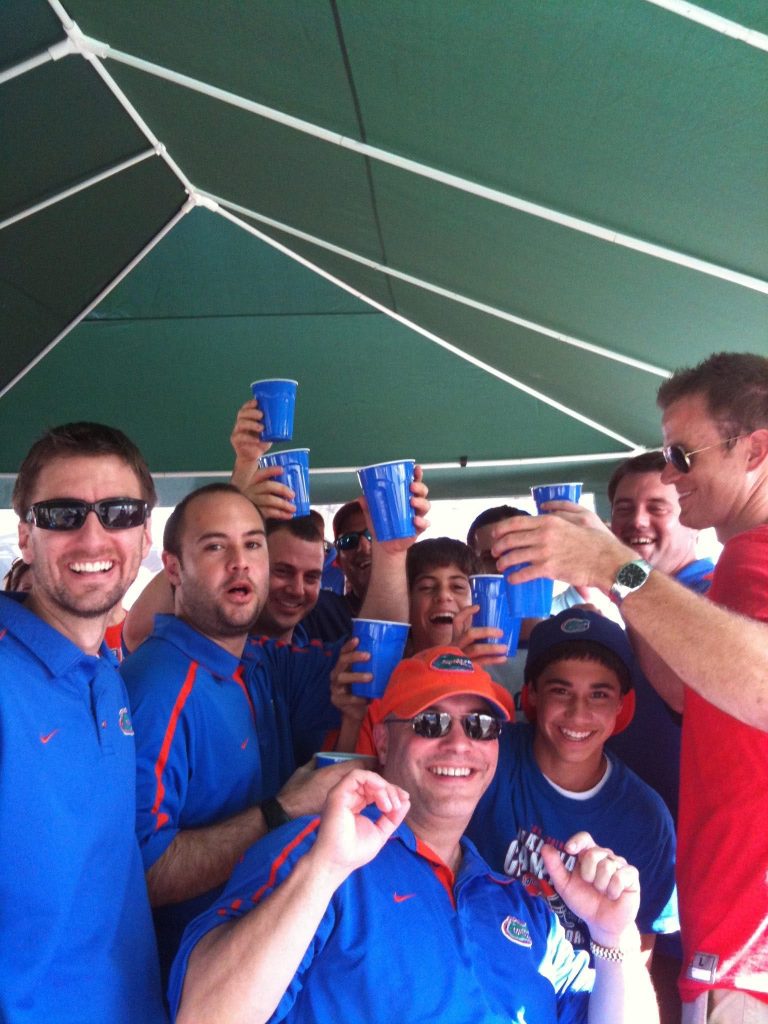 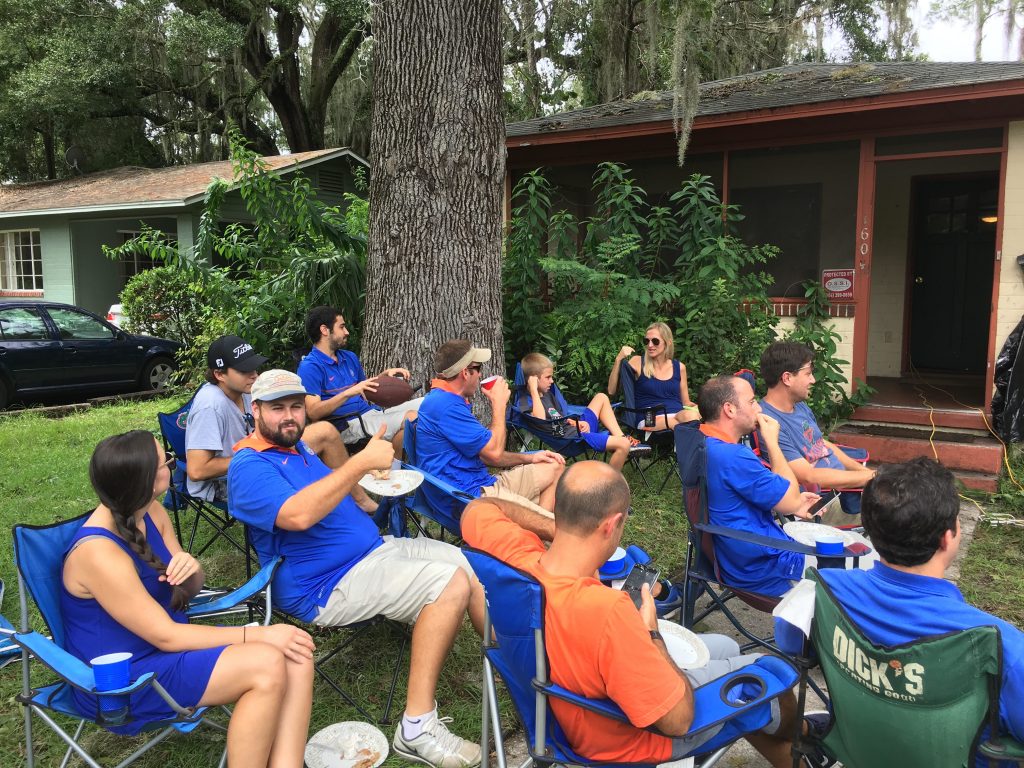 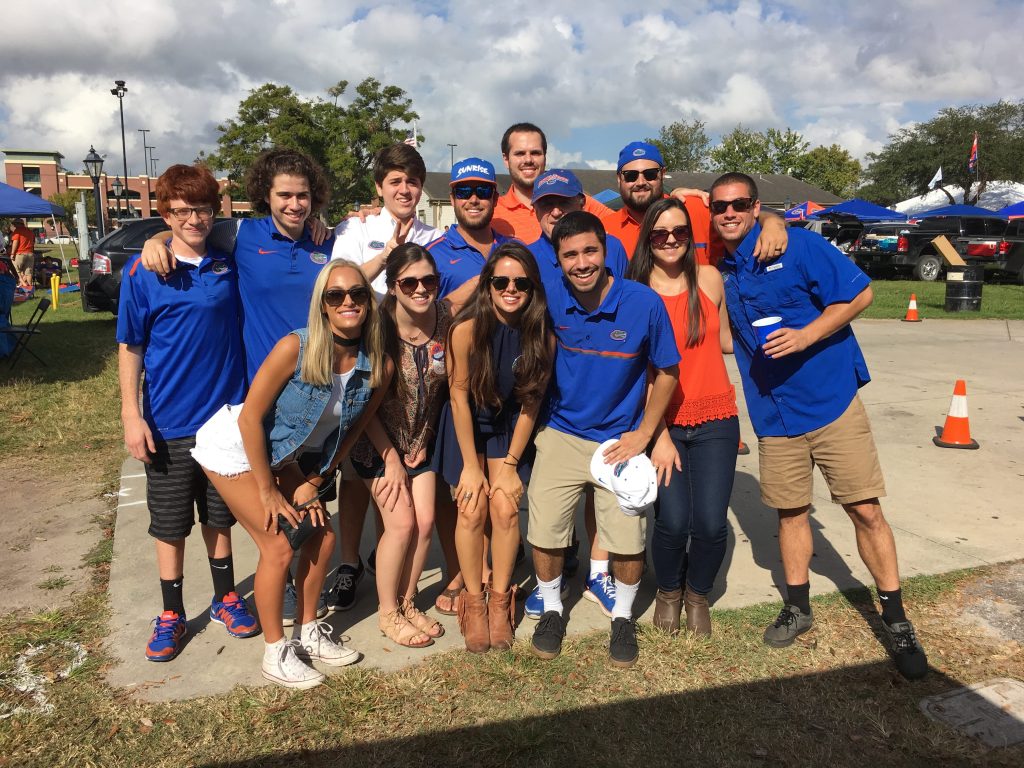 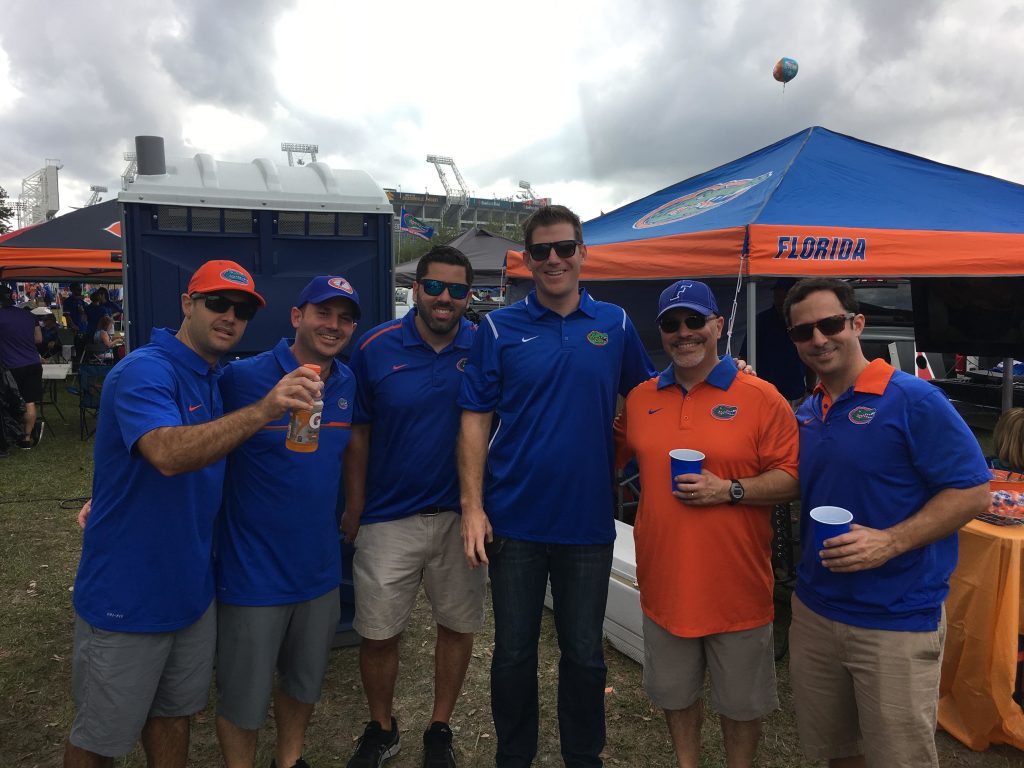 So that’s what it’s like from a die-hard Gator family. “I will definitely keep the tradition going” is something I heard from every member of the family, followed by a classic “Go Gators!” In my opinion, that’s what not just Gator football is all about, but also sports in general. A platform to connect with others to share common interests.

One fun question I also asked each member of the family was what their favorite Gator play of all time was. Here are some of their answers:

Luke Costantino: “For me, it’s the “Gamecock Block” that’s one of my earliest Gator memories.”

Oliver Costantino: “Grier to Callaway against Tennessee. Or either of the plays where we beat Tennessee in a comeback at home.”

Ben Costantino: “Hernandez TD against FSU where he made the two defenders run into each other.”

Will Parry: “Easily the Felipe Franks hail mary to Tyree Cleveland against Tennessee. The stadium was wild.”