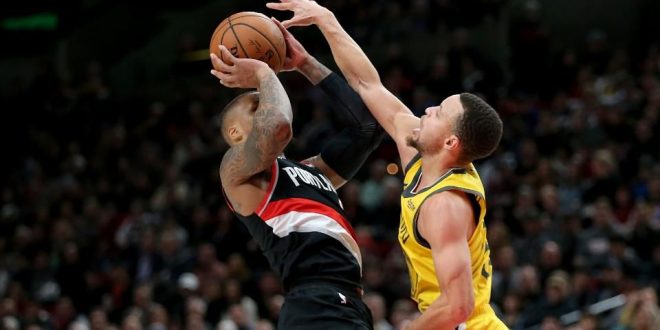 This is the only Conference or NBA Finals series in the last 20 postseasons where 2 players entered with a 30.0+ PER. pic.twitter.com/TnRORiVnYD

After an exciting game one on Wednesday night, the Milwaukee Bucks were able to pull away from Toronto behind a dominating 4th quarter. The Bucks had a balanced scoring attack with five players scoring double digits.

Milwaukee had a breakout performance by center Brook Lopez. Lopez would finish as the Bucks leading scorer with a final stat line of 29 points and 11 rebounds.

Giannis was his dominating self per usual. He finished the game with 24 points, 14 rebounds and six assists.

In addition, Wednesday night’s game has got to be a tough one to swallow for the Raptors. Toronto was in control the entire game until a late game collapse in the fourth quarter. Kawhi Leonard continued his hot streak for the Raptors pouring in 31 points while grabbing nine boards.

Kyle Lowry provided a much need offensive spark for the Raptors by scoring 30 points and corralling eight boards. Unfortunately for Lowry, he was the only Raptor to make a field goal in the fourth quarter.

It’ll be interesting to see how the Raptors respond after losing out on potentially stealing game one from Milwaukee. Game two is set for Friday night at 8:30 PM.

WCF – Warriors Pull Away from Trailblazers with Convincing Game One Victory

Warriors use 39 point fourth quarter to win game one versus Portland. The Trail Blazers were hanging in the entire game leading up until the fourth quarter.

The bench for Golden State has proved that they are up for the test against whoever they face while KD is out. It was a disappointing night for the Portland’s dynamic scoring duo of Damian Lillard and CJ McCollum. Lillard scored 19 points, while also having seven turnovers.

In order for Portland to have a shot against the reigning NBA champs, they will need Lillard to play like the All-NBA First Team player that he is. McCollum had previously erupted offensively for Portland in their matchup versus the Denver Nuggets.

However, his production was minimal in game one as he scored 17 points and only grabbed three boards. Luckily for Portland Game one is in the books and tonight they have a chance to steal a pivotal game. With having Lillard and McCollum the Trail Blazers can catch fire at any point and if they do, it could be detrimental for the Warriors.

The Warriors host the Trailblazers tonight in Oakland for Game 2 inside the Oracle Arena, tip-off is set for 9 PM on ESPN.