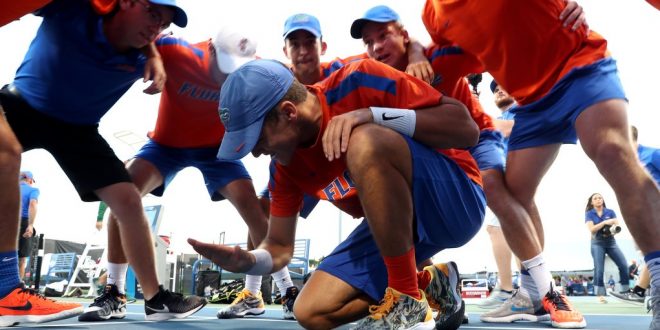 Scenes from the #Gators' 4-0 win against the Bears in the NCAA Tournament. / UAA Communications photo by Courtney Culbreath #GoGators — at USTA National Campus.

The men’s tennis team is going to the Final Four after defeating Baylor 4-0 in Thursday’s Elite Eight match at the USTA National Campus last night in Lake Nona.

Senior Alfredo Perez and sophomore Oliver Crawford were on one doubles team and McClain Kessler and Johannes Ingildsen were on another. Each doubles squad won which put the Gators up 2-0.

The momentum carried over into singles, and Florida took the first set on four of the six courts. Kessler later put the Gators up 3-0. Andy Andrade won his match and concluded the series 4-0 for Florida.

The No.4 Florida Gators (25-3) face the No. 2 Texas Longhorns (27-3) in the NCAA semis Saturday at the USTA beginning at noon. The Tennis Channel is providing coverage.

This is the first time in 14 years that Florida is advancing to the Final Four. This is also just the third time in program history that the Gators have reached the NCAA Tournament semifinals, falling in both 2000 and 2005, according to floridagators.com.

According to GatorSports.com, Florida sits at 6-9 all-time against Texas with the last meeting taking place in Charlottesville, Va., at the ITA Indoor National Championships on Feb. 17, 2017. The Longhorns took the match 4-2.

Florida has the opportunity to be the first team in program history to play in the national championship match.

The Texas Longhorns defeated the No. 9 Texas Christian University Horned Frogs last night with a score of 4-1. This advanced them into the Final Four.

This is Texas’s first appearance in the semifinals since 2009, according to TexasSports.com.

Rodrigo Banzer, Yuya Ito, Harrison Scott, Christian Sigsgaard and Bruce Berque are Longhorns who won matches to advance the No. 2 team to the semifinals.

“We’re going to play a really good Texas team that also won pretty convincingly today, so I don’t know that we have an advantage there. Just two really good teams just trying to battle it out to the finals,” according to floridagators.com.

The semifinal winners play for the national championship at 3 p.m. Sunday. 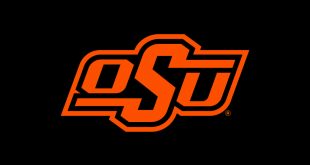 Senior Sam Riffice and sophomore Ben Shelton will represent the Gators at the U.S. Open …